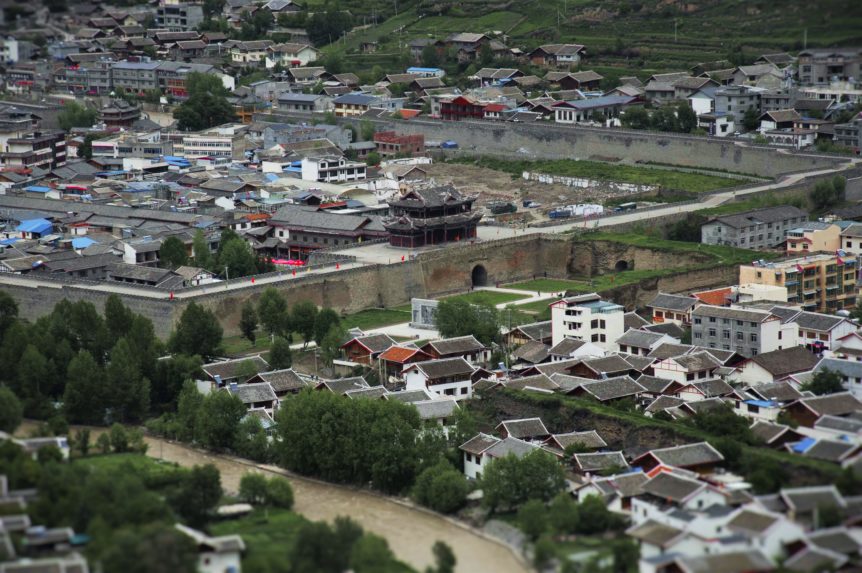 Located in the North of Sichuan Province, with a population over 68,000, is Sungchu (ཟུང་ཆུ). Until recently it was an agriculturally dominated community, but with an influx of foreign students and travelers to and from Huanglong, Sungchu, known in Chinese Songpan County (松潘), has added tourism to being one of its top sectors.

Built during the Tang Dynasty and expanded during the Ming Dynasty, for many years this was an important military location. When it was established, it sat at the border of the Chinese and Tibetan empires, and at many points in history the Tibetans staged invasions into China from its strategic location. 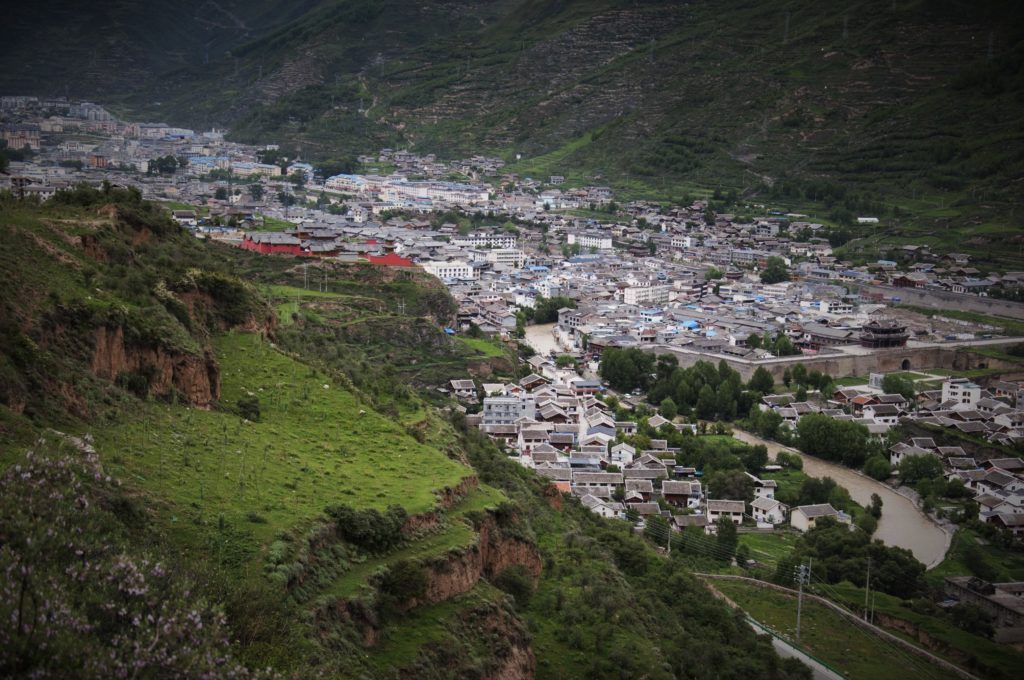 View of the city from atop of a hill

In 641, in order to broker a truce between the two empires, Emperor Tang offered Princess WenCheng to the Tibetan King in Songpan. There are several statues of Princess WenCheng in town which symbolize this time of peace and it is not uncommon to find many tourist admiring and taking photos. Plenty of historic sites exist as well, with much of the city’s walls still standing, including its gates.

The surrounding areas have much to offer – enormous valleys, rolling hills, and seemingly endless forests and guides can be found all around Songpan and its neighboring areas. Mountain bike tours of the area can take most of the day and offer access to areas too far for a hike or backpacking trip, but the options are still there. Many tourists spend more than a day or two out in the mountains, hiking and camping along the way to smaller villages filled with livestock and farming. 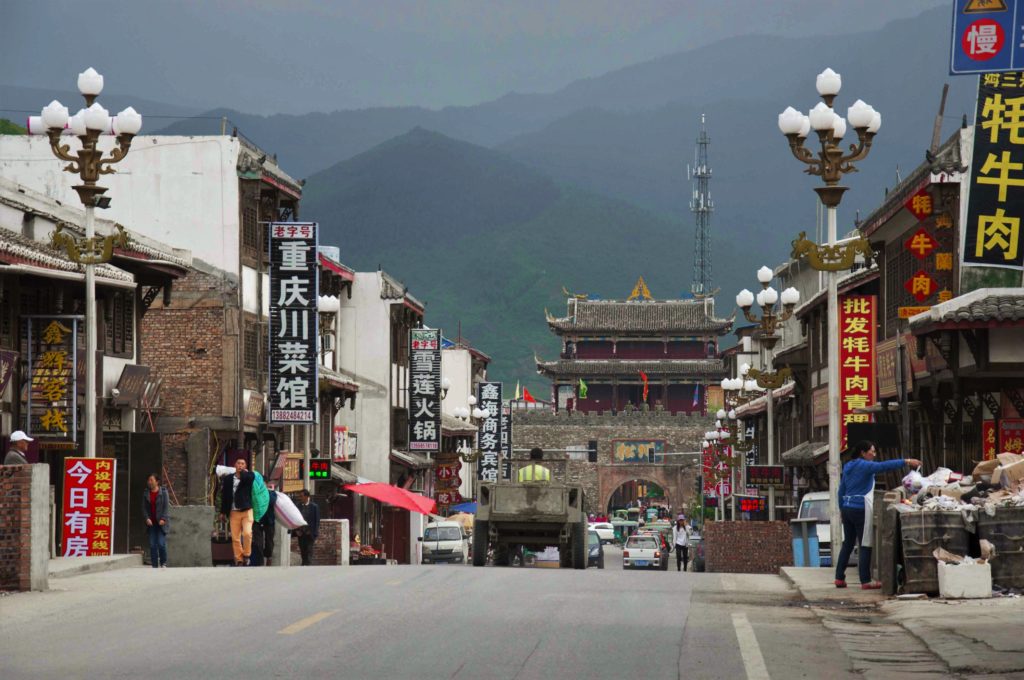 City street not similar to the noisy streets of major cities in Mainland China.

Hiking and mountain biking can get you far, but there is no better way to experience all Songpan’s beautiful landscape has to offer than with a horseback tour. Day trips and overnight treks are common and some agencies in the area offer an even more, in depth trek lasting anywhere from four to seven days with a combination of camping and sleeping in villages.

Shopping in a more tourist-oriented town can sometimes be tricky, as furs and hides can be fake or even worse, poached from endangered animals. The best choices for souvenirs here are the silver jewelry and hand-crafted clothing. You can often find a silversmith working on a new piece near the southern end of the main strip where some of the silver shops are located. This southern area also tends to have better prices as it is farther from the high foot traffic areas near the center. 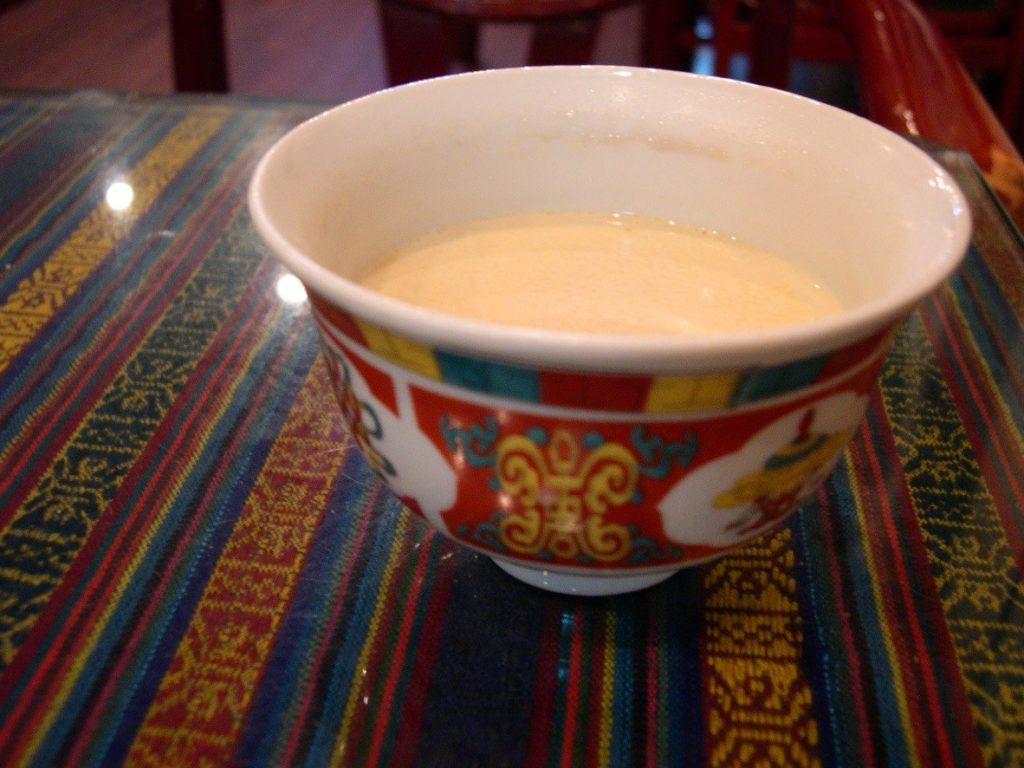 Western styled foods and shops often come within territory of tourist based towns, and Songpan is no exception. For pizza, coffee and Wi-Fi, Emma’s Kitchen is the place to be, right off the main road. However, there are still many restaurants with traditional Chinese and Tibetan food and drink, including butter tea. This drink of butter, milk, egg, sesame, walnut, and red tea has a long standing history in Songpan and many Tibetans keep a pot on the stove, ready to serve at a moment’s notice.