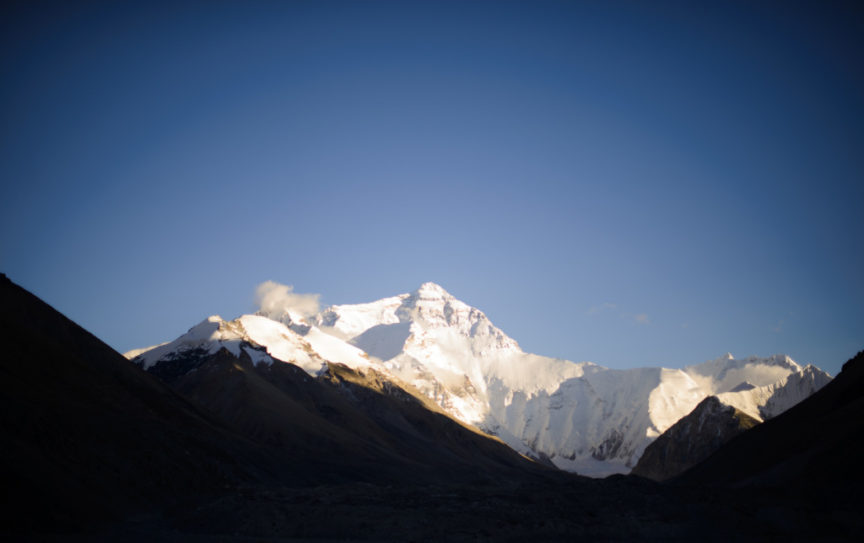 Also known as Chomolungma (ཇོ་མོ་གླང་མ། )in Tibetan, (珠穆朗玛峰 in Chinese), the mere mention of the name “Everest” already evokes enough pictures in our imaginations: ice axes, climbing ropes, avalanches, sherpas, basecamps and lots and lots of snow. The tallest point from sea level on planet earth (8,848m) is assisted to its dizzying heights by the craggy edge of the vaulted Tibetan plateau that it rests on. Since Sir Edmund Hilary’s successful summit in 1953, tens of thousands of climbers have attempted to add their names to the list. Some have given their lives trying. There are over 200 corpses on this mountain, and their remains are humbling reminders of the difficulty of the quest. 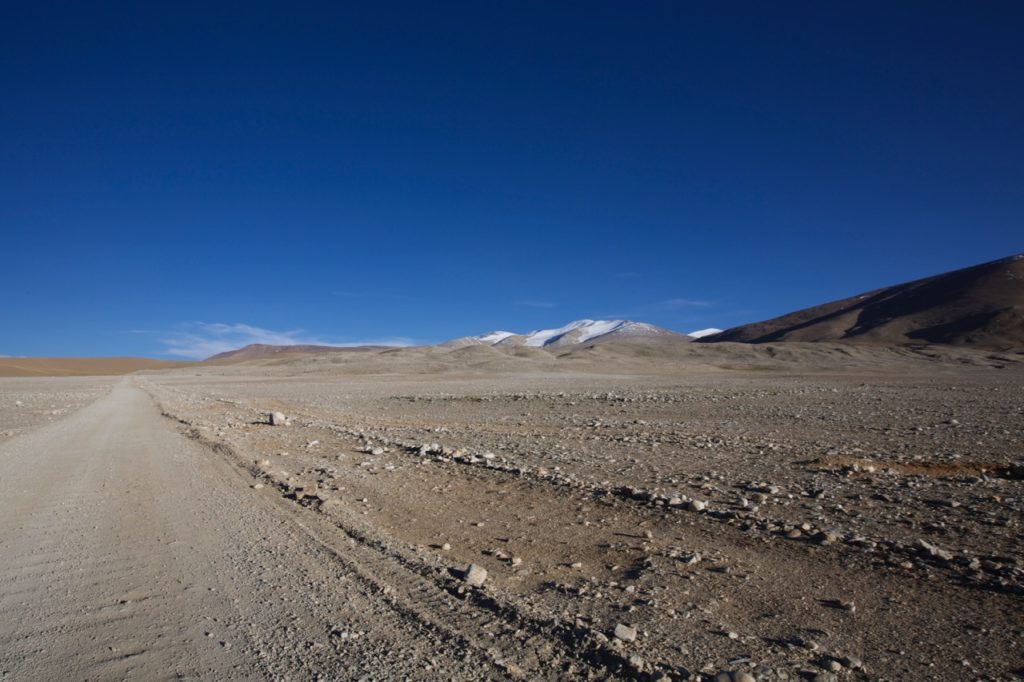 The approach to the mountain.

Less known facts about Everest are that it sits on the China Nepal border-the north face on the China side (also known as the “Tibet side”) and the south face on the Nepal side. There are two approaches to climbing this mountain, known respectively as the “South Col Route” and the “North Col Route.” There are two “Everest Base Camps,” on each respective side of the mountain. In fact, there are more than that at different elevations on the climb to the summit. However, tourists without a climbing permit can only visit the lowest Base Camp on either side. Which camp you plan to visit depends on which country you are in: China or Nepal. There is no border crossing at Mt. Everest, although there used to be a border crossing at Dram (Zhangmu) about an eight-hour drive to the West (on the China Tibet side). However, since the Nepal earthquakes in 2015, that border has been closed and another in the Gyirong Valley (even farther west) has been opened in its stead. 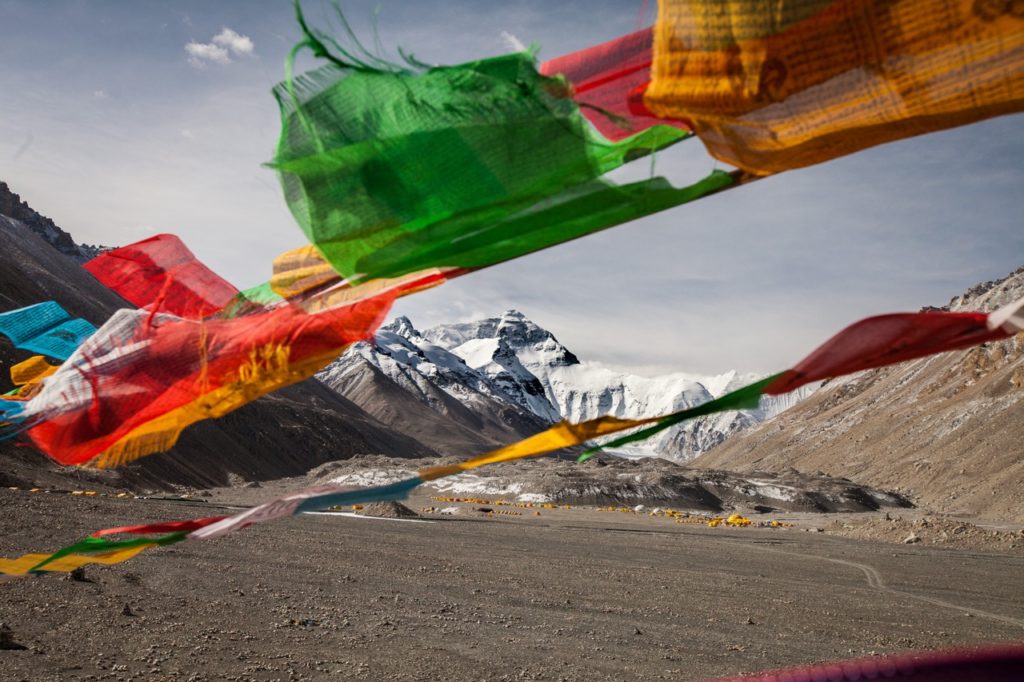 Windhorses (prayer flags) flap in the wind outside of the base camp.

The mountain is named in English after Sir George Everest who was the Surveyor General of India in the early 1800s. The original Tibetan name of the mountain, Mount Qomolangma, means “Holy Mother.” The Chinese also refer to the mountain as 圣母峰 － Shengmufeng (“Holy Mother Peak”). One Chinese perspective is that the mountain should not be referred to as “Everest” as that name was prescribed by foreign English geological surveyors in the late 19th century, but should rather be referred to internationally as Qomolangma. The Chinese transliteration of Qomolangma, 珠穆朗玛峰, has been established since the early 18th century. 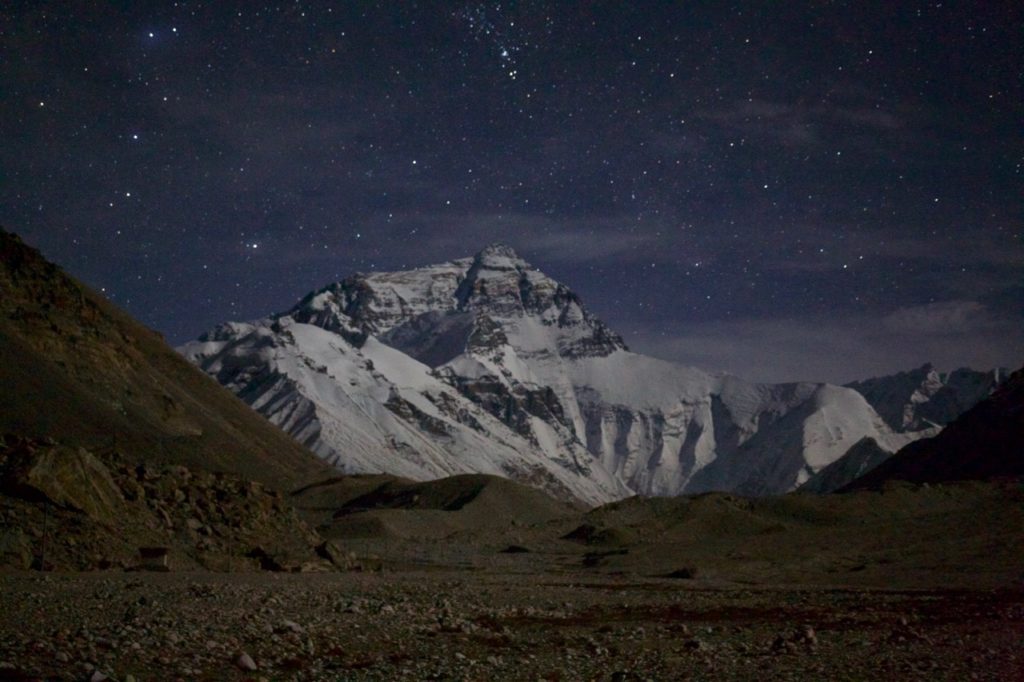 As of early 2015, there is a paved road from New Tingri to Everest Basecamp on the China (Tibet) side. The North Face of Everest arguably offers the most stunning views of the mountain. Many consider the north side views of Everest as the best. The ease of access on the China side has attracted much more tourism, though numbers of tourists are still lower on average than the Nepal side. On the north side, Chinese tourists are the vast majoriy. On the south side, foreign tourists outnumber local Nepalese. 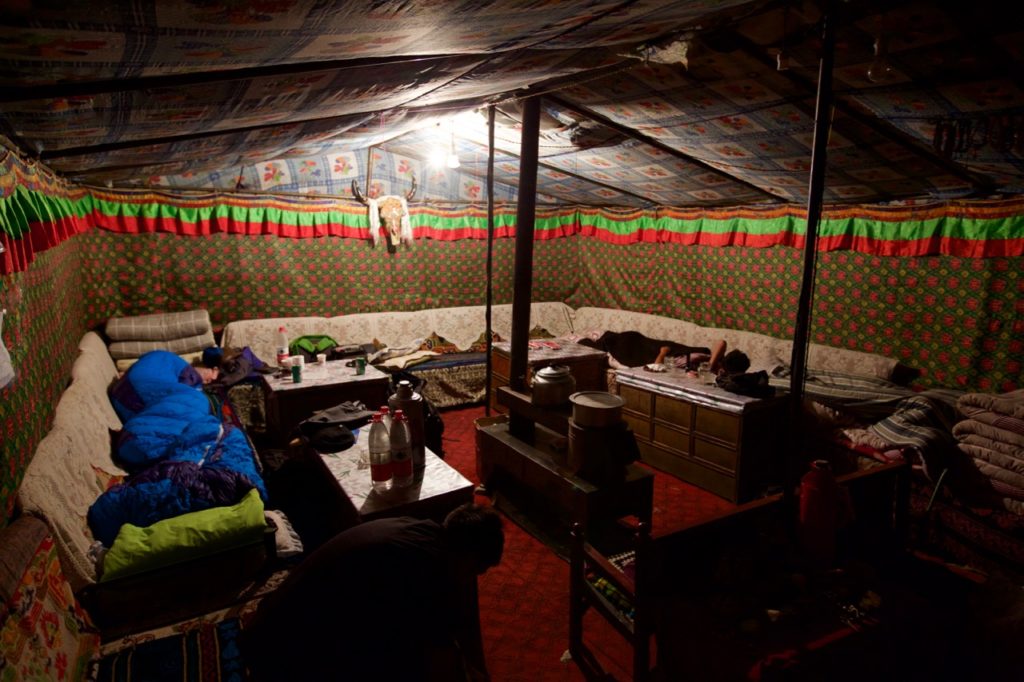 Inside a tent hotel at Everest.