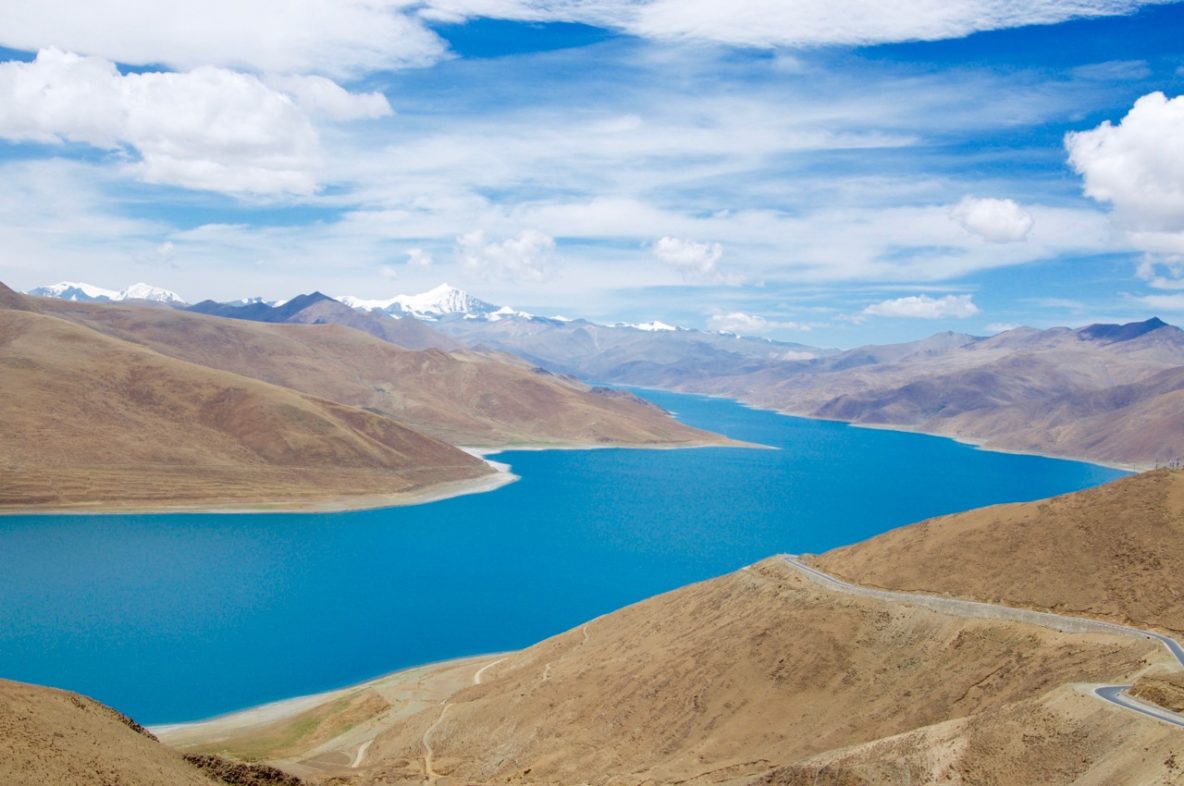 Yamdrok, Yamdroktso (ཡར་འབྲོག་གཡུ་མཚོ།  ), or Yamdrok Yumtso, is a breathtaking lake lying between the Tibetan capital, Lhasa, and the town of Gyantse. Yamdrok Lake is viewable along the old Friendship Highway that links Tibet with Nepal, and is a favorite route for those heading to Everest Base Camp. Sitting at an altitude of 4,441 meters above sea level, the lake is 130 kilometers in length and 70 kilometers in wide at its furthest spot. Yamdrok is the largest inland and freshwater lake on the northern Himalayan range with an average depth of 20 to 40 meters, and the deepest point being 60 meters. 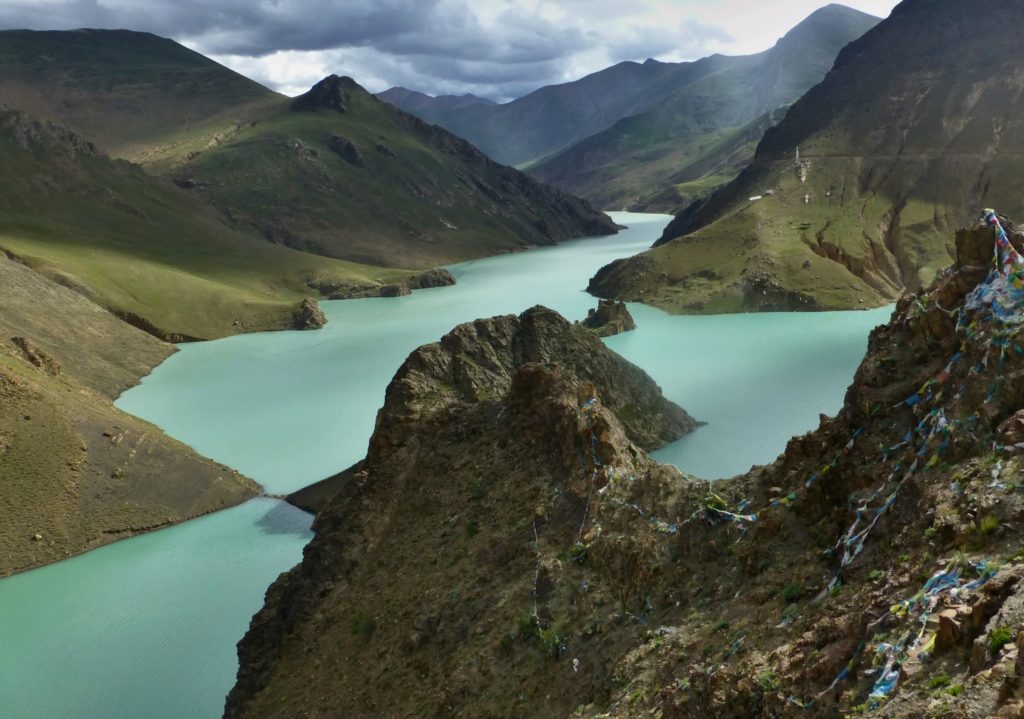 Yamdrok Lake has a unique coral shape with numerous streams feeding it from nearby mountains, hence the locals refer to it as Coral Lake. It is also sometimes called Green Jade Lake for its smooth surface similar to the fine jade, and its gorgeous color hues from the reflection of sunlight.

Yamdrok Lake is one of the four largest sacred lakes of Tibet along with Lake Lhamo Latso, Lake Manasarovar, and Lake Namtso. According to Tibetans, the lake is considered as the life line of the inhabitants. It is said if the lake dries up, Tibet would become an inhabitable place. The lake is considered to be guarded by the goddess Dorje Gegkyi Tso. Tibetans perform pilgrimage to Yamdrok Lake and circumambulate around the lake in seven days to wash away their sins and earn merit. The lake’s spiritual energies are associated with the Second Buddha, Padmasambhava, who brought Buddhism to Tibet. Moreover, Buddhists believe Lake Yamdrok helps them find the reincarnated soul of the Dalai Lama. There is also the famous Samding Monastery headed by a female reincarnation on a peninsula near the lake. 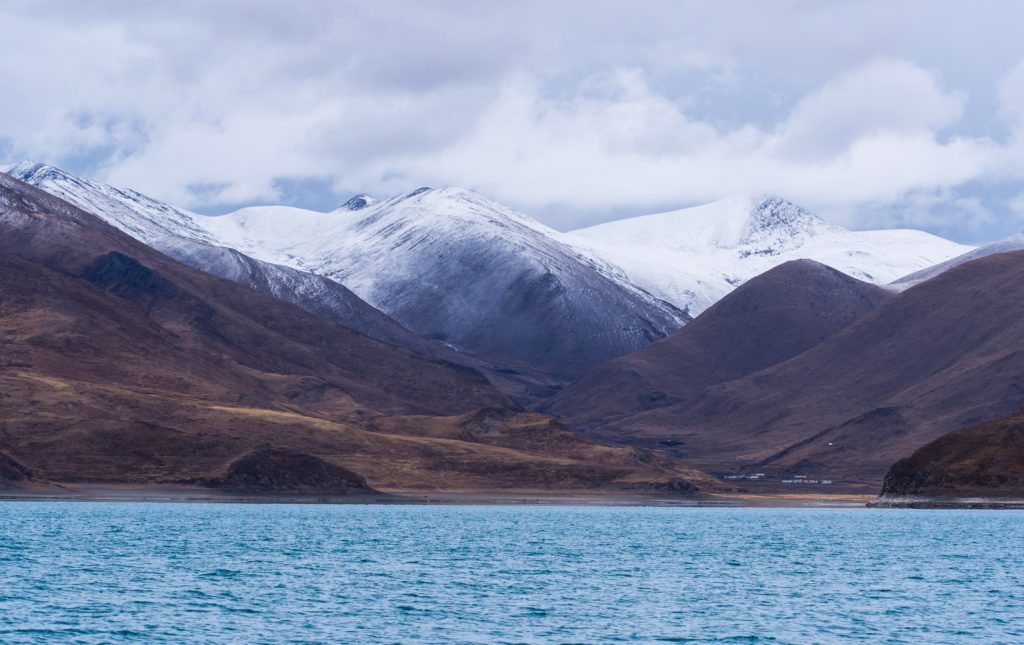 Yamdrok Lake with snow capped mountains in the backround

Natural Habitat in and around Yamdrok Lake

The crystal clear, freshwaters of the Yamdrok Lake and its surroundings are home to fish, migratory birds and flocks of sheep. Yamdrok Yumtso Lake has shoals of freshwater fish named Gymnocypris przewalskii, which swim to the shallow water to lay eggs every summer. The lake is the largest habitat for migratory birds in southern Tibet as well. During the season, the lake bank and its islands are dotted with numerous birds and their offspring. There are no wild animals in the region but local Tibetans can be seen grazing herds of goats, sheep and yaks on the rich summer pastures.