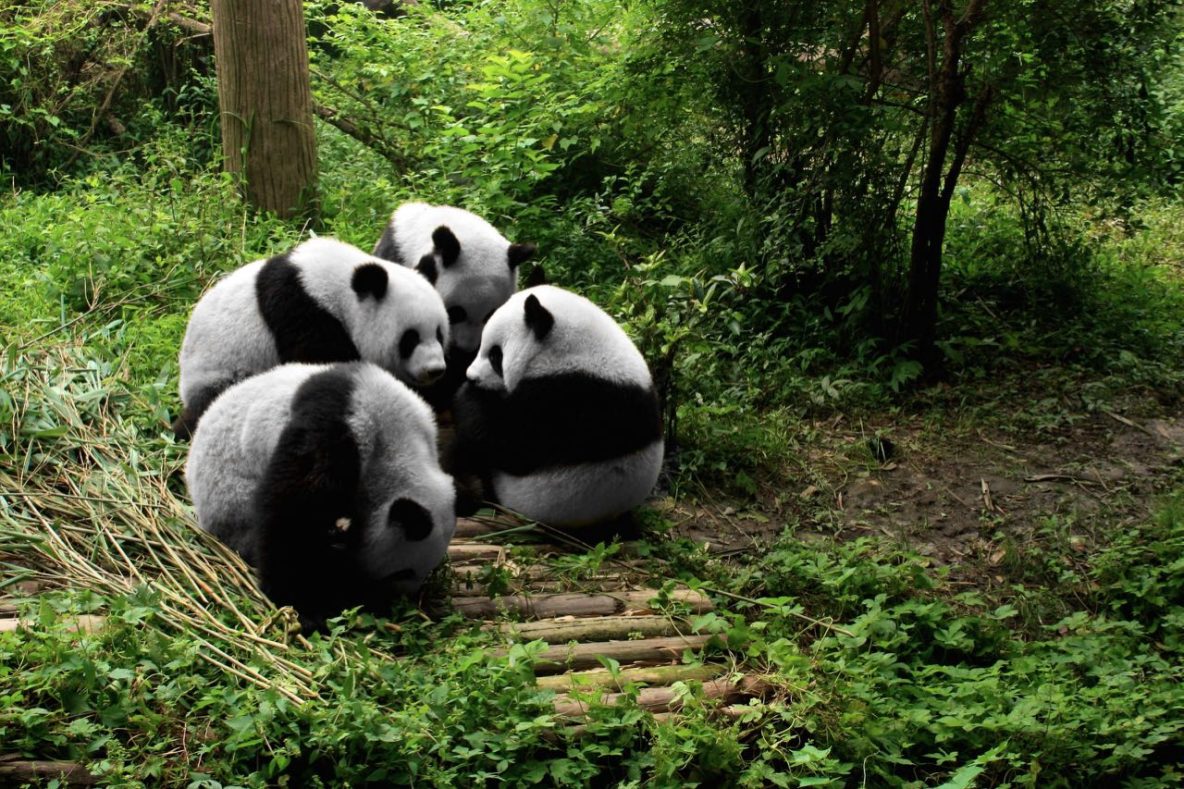 Chengdu is the main gateway city to Tibet, meaning that most travelers will spend some time here before heading onwards in their journey. Located in Sichuan province, this city is also the biggest and most important city in Southwest China.  With a population of 14 million in the greater Chengdu area, this is a large city, but it is known throughout China as a city that still maintains a small town pace of life.

While in Chengdu there are several things you may want to see, with a lot of travelers finding time in their schedule to visit the famous Giant Panda Breeding Research Base which holds the largest panda population in the world. Located only 12km northeast of the city, go early in the morning to see the pandas when they are most active. 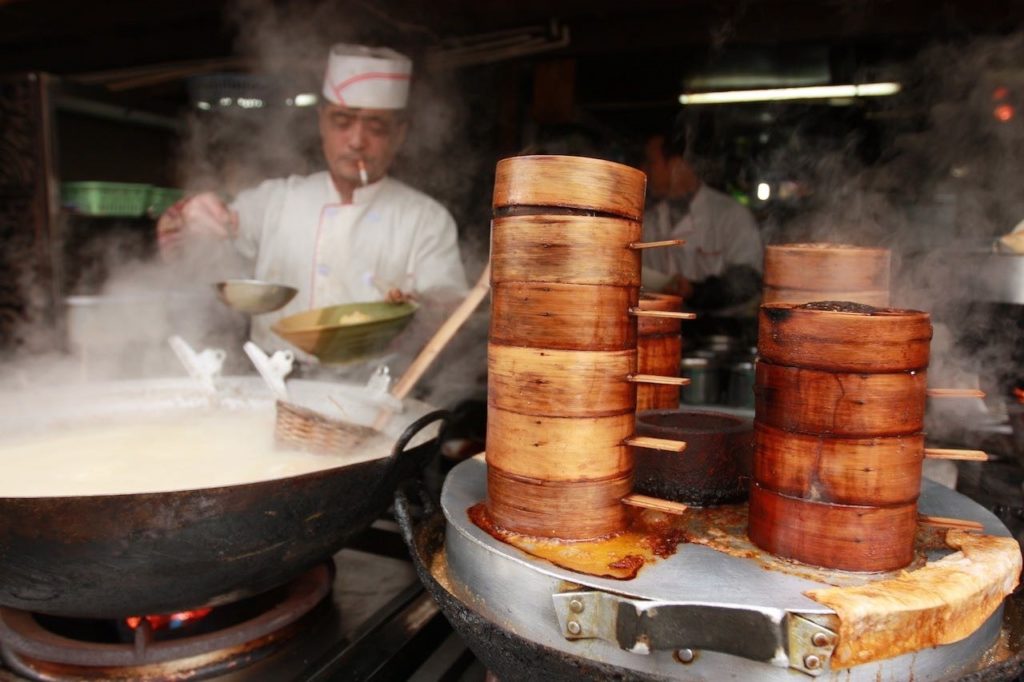 Sichuan province is known even in China as an eating out culture and Chengdu is no exception.

The province of Sichuan is known for two culinary related characteristics: eating out is always best, and spicy food is a must! So, if you dare, trying Sichuan hotpot is a must while you are in the province. If possible, you may wish to order the pot that’s split in half so that you have both spicy and not-spicy options to alternate between as you desire. However, while in Sichuan watch out for the tongue numbing spices, and consider yourself forewarned. Whether you call it a “Sichuan pepper”, “Chinese prickly ash”, or “huajiao”, this peppercorn is not one you want to mess with, so watch your chopsticks – this is what makes hotpot, hotpot! 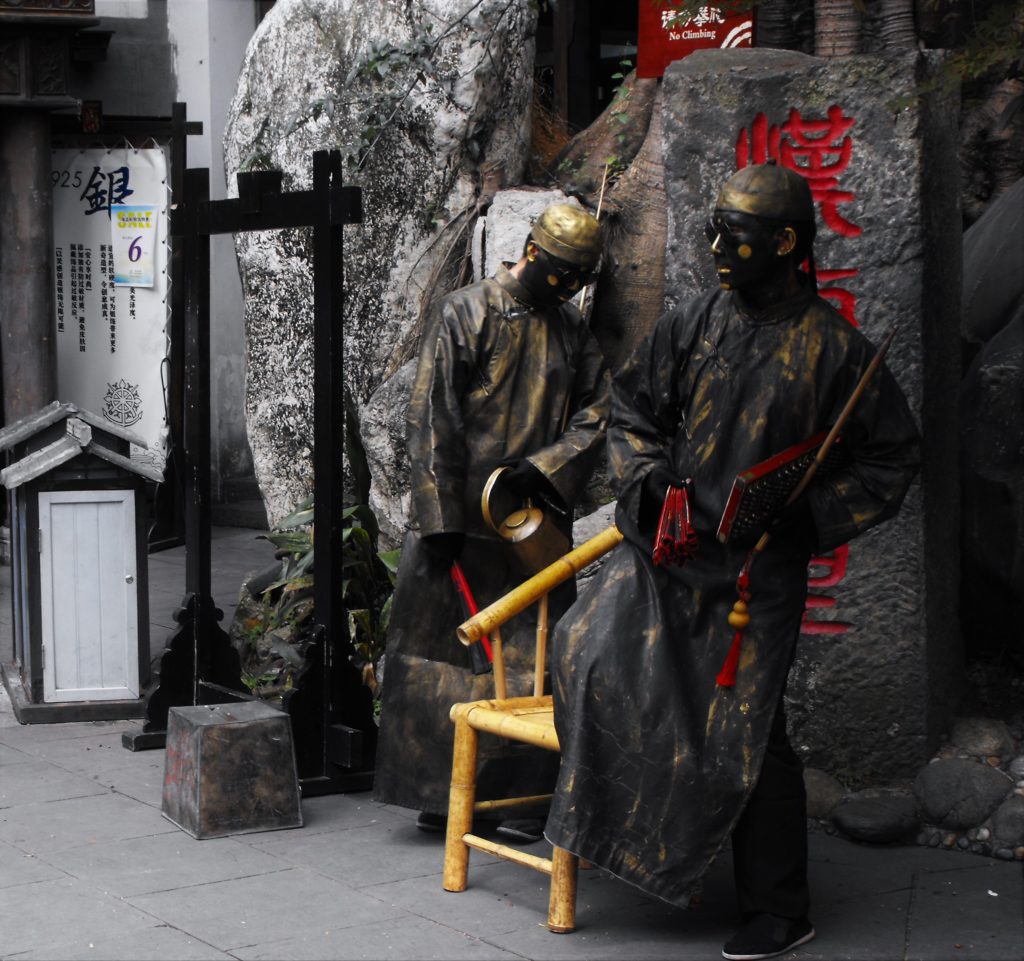 South of the river is the Wuhou Temple which is the most popular temple to visit. While the entrance fee to the temple itself is reasonable, some guests skip the cost of entrance and wander the souvenir and food stalls, or the tranquil gardens surrounding the temple. The main entrance to Wuhou Temple is located on next to Jinli Street, which is also a popular walk into the historical architecture of China. 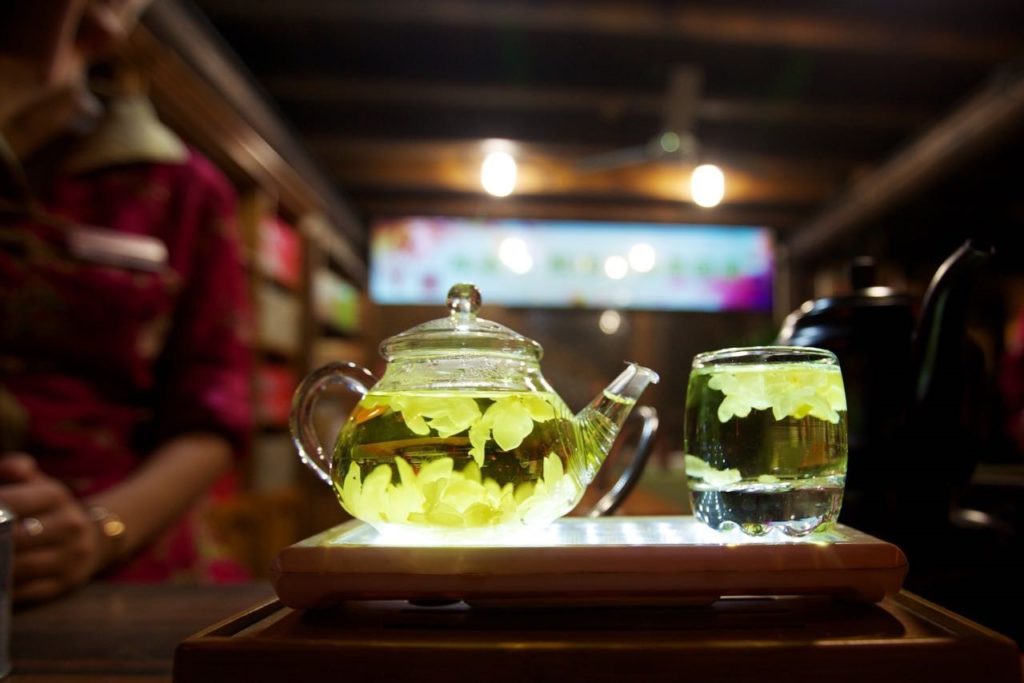 Chengdu is famous for tea culture

Like a lot of places in China, Chengdu is known for their tea drinking, and tea houses abound around the city. There are several tea houses which can be found in the streets around Wuhou Temple and Jinli Street, and also a large traditional tea garden at People’s Park (in the heart of the city). If you’ve never been to a Chinese Tea Ceremony, this might be the time to experience one. South of Chengdu sits the heart of tea in SW China: Mengding Mt. It is possible to arrange a day trip to this quiet area and tour a tea planation, pick your own tea leaves, and even prepare the leaves over the fire to take home as your very own souvenir. While there, you can also enjoy lunch on the grounds with the farmers. 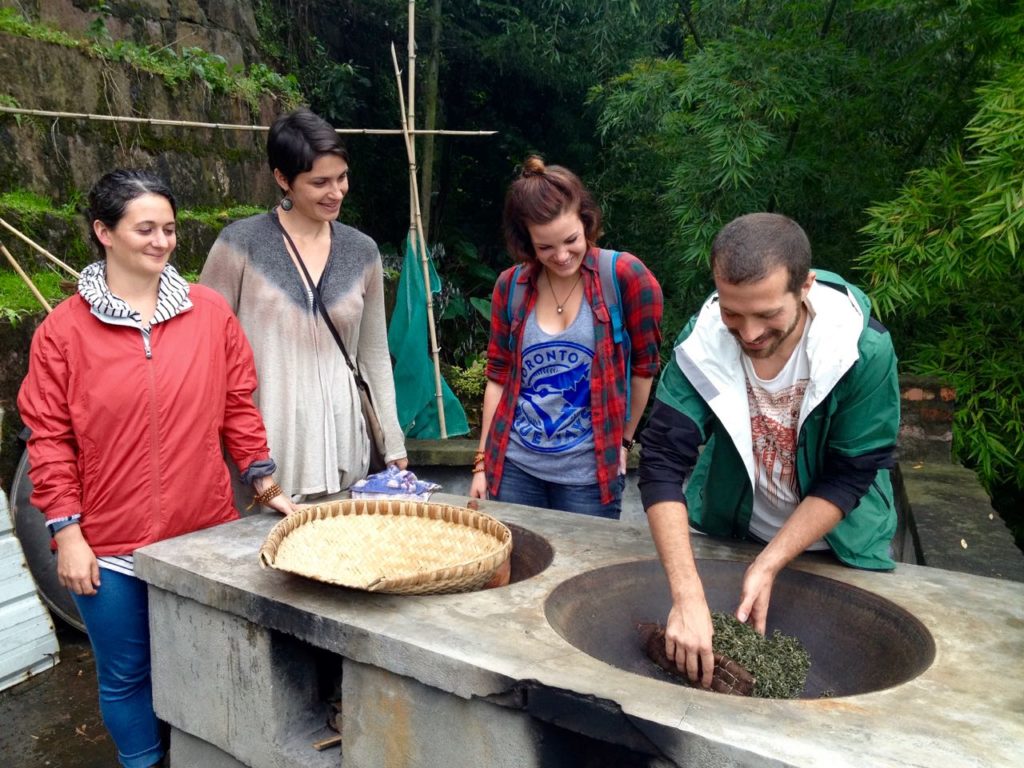 A visit to Chengdu includes the unique option of making your own tea! (At Mengding Mt. south of Chengdu)

As for the Tibetan aspects of this city, there are several things you will not want to miss. Branching off of Jinli Street, and almost directly opposite the entrance to the Wuhou Temple, look for the Tibetan Quarter. You will know when you arrive, but some maps of Chengdu mark one particular street as the Tibetan Art and Culture Street. Here you will find Tibetan restaurants, clothing stores, craft shops, and idol shops.

Tourists may also choose to wander the grounds of Southwest University for Nationalities, but to do so will require you to walk through a gate past guards. In reality, they won’t stop you, so continue in to see the university with the most Tibetan students in the city. It is no coincidence that this university has historically included a Tibetan studies program and that the Tibetan quarter has grown up around the surrounding neighborhood.

Hungry? When passing so many Tibetan restaurants, it would be a shame to not try something. It is worth stopping in this part of the city for a meal. Look for dishes such as Tibetan Noodles (almost a stew), yak meat pie, or momos (the Tibetan version of dumplings). And don’t forget, authentic yak butter tea will be available in these local restaurants as well. As a more tame alternative, you may prefer to try the “Lhasa sweet tea”.

Even if you don’t know what a sign says, it is easy to spot a Tibetan business by their beautiful script. Tibetan is written completely different from Chinese characters. Several of the business will be adorned in prayer flags, and it is not uncommon to see Tibetan’s in their traditional dress, or Buddhist monks and nuns on the streets. As with a lot of cities, Chengdu is a melting pot, meaning that the Tibetan population of the city is made up of people from all different sub-cultures and dialects as the city itself is not actually a part of Tibet.