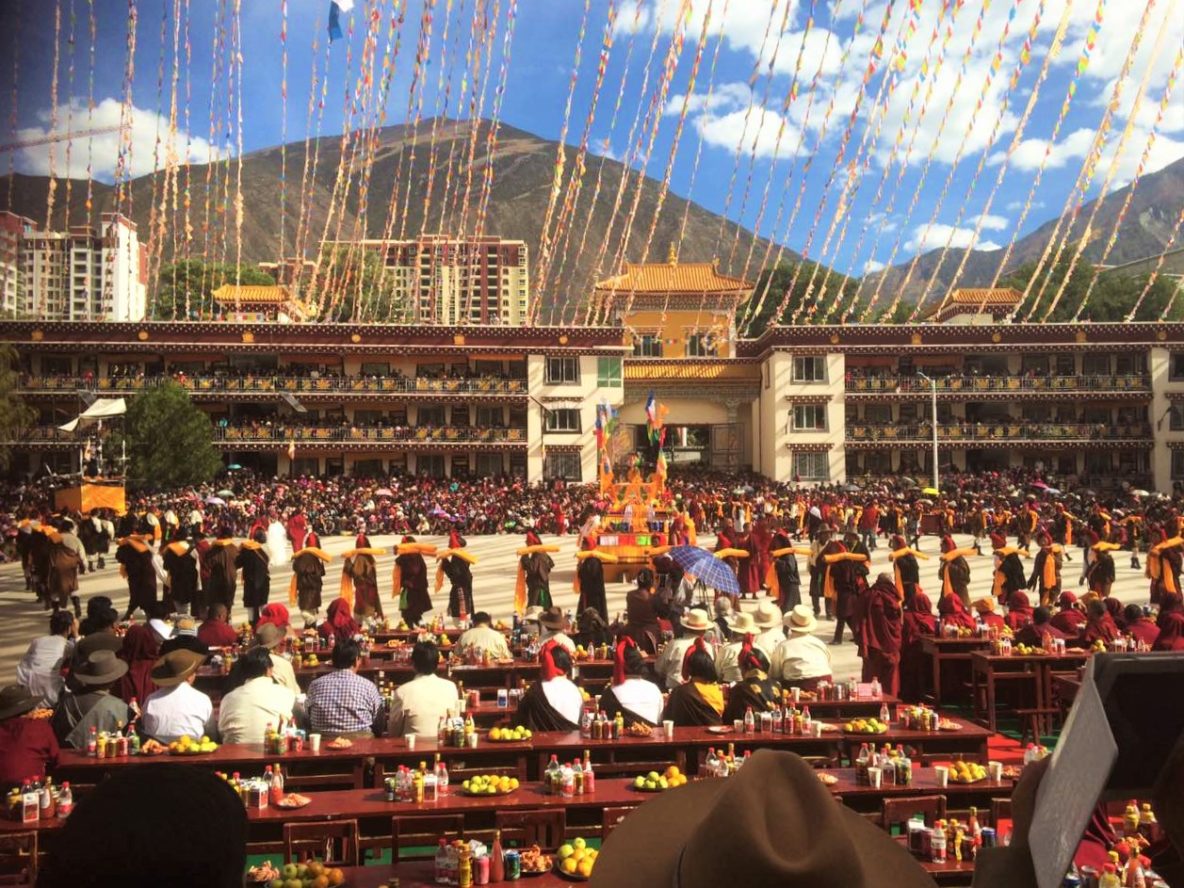 Lying in the Garze Tibetan Autonomous Prefecture in Sichuan Province of China, Bathang (འབའ་ཐང་།) also known as Batang Town (巴塘) in Chinese , is a fertile area at an altitude of 2,700 meters. The town is located on the main road between Lhasa and Chengdu, overlooking the Jinsha River (translated as Golden Sands River which is the Upper Yangtse River) to its west. This valley town relies mainly on agriculture because of its highly fertile soil. In the past, Batang was an important element of the horse and tea trade between Tibet, China, and India. It functioned as a stopover point on the Tea Horse Road between Lhasa and Ya’an. The houses in town are close to the river at the mountain’s base, and are made of mud rather than wood or stone. 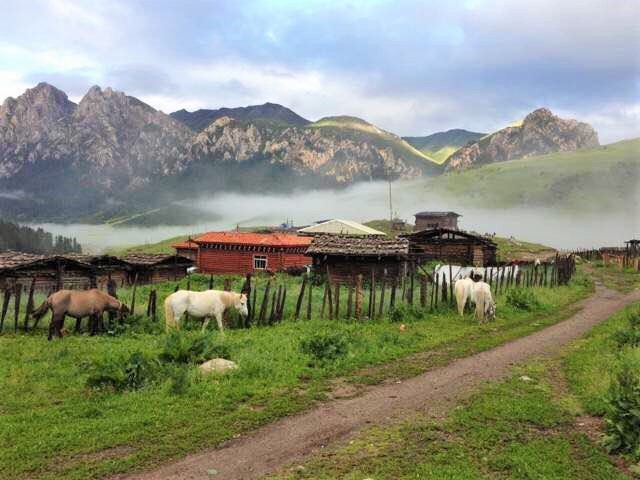 Historically, the town was called M’Bah in Tibetan language. The word Batang comes from ‘ba’ which is the noise that sheep make and ‘tang’ which means plain. Therefore, the town name implies wide grasslands where sheep can be heard from everywhere.

After the Great War between Tibet and China, the boundary between the two was defined in 1726 between the head-waters of the Yangtse and Mekong Rivers. A stone monument was erected to the southwest of Batang to signify boundaries. The area to the west of the pillar including Litang, Derge, Nyarong, five Hor and Batang counties belonged to Tibetans, while that to the right came under Chinese control. An earthquake in 1871 heavily damaged Batang. In 1904, the Qing government tried to regain control of Kham and Amdo by sending in Zhao Erfeng, Governer of Xining. The area was heavily destroyed with monasteries and sacred texts being violated and aiming at populating the area with the poor farmers of Sichuan. By 1932, Tibetans had lost much territory and asked the Indian government to intervene. A ceasefire agreement was signed in 1934 whereby all areas to the east of Yangtze River were given to Chinese control. 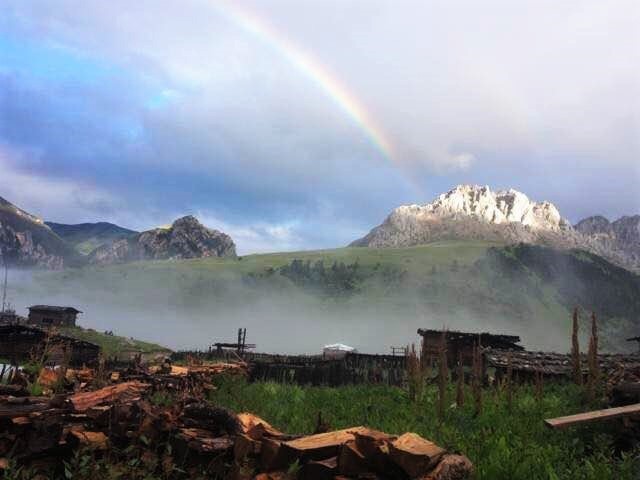 A rainbow over Batang.

The Gelugpa Chöde Gaden Pendeling Monastery is located at the southwestern end of town near the bank of Batang River. The Chöde Pendling Monastery comprises of dramatic structures is encompassed by a high white wall, and nestled within beautiful willow and cypress trees. Similar to the Litang Monastery, Batang’s Monastery also boasts two huge golden roofs and a number of towers. The Chöden Gaden Monastery houses about 1300 to 1700 monks or lamas and is constantly thronged by priests who come in for pilgrimage. Every year, around the 26th of the ninth Tibetan month, a performance of colorful cham dances is held near the bank of River Batang which is attended by lamas as well as the town’s residents. 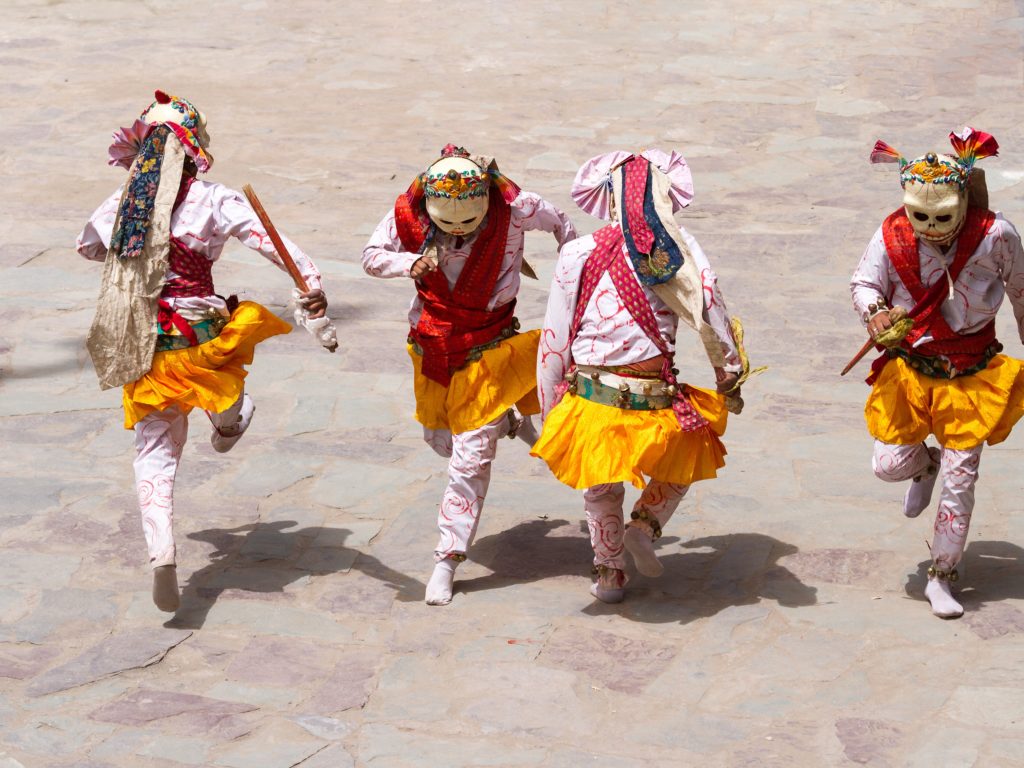 A cham dance is performed.