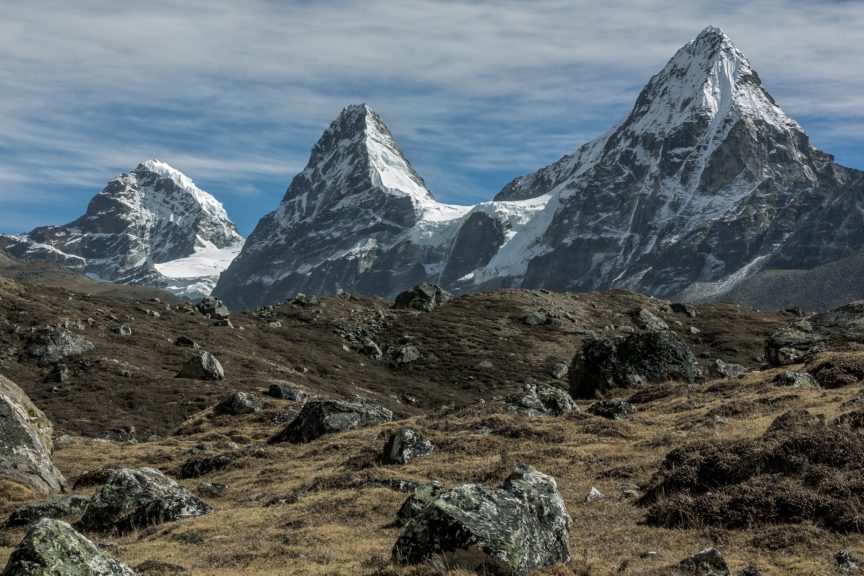 Located in Ganzi Prefecture in Sichuan Province in southwest China, Manigangou (མ་ཎི་གད་མགོ།)is a small yet active town at an elevation of 3,950 meters. It is a town exhibiting typical nomad culture with Tibetan herdsmen riding on horses, Khampas on flashy motorcycles passing by and people enjoying drinks in wooden Tibetan houses. Manigangou is a single-street cowboy town at the edge of the grasslands near Chola Mountain, which has a lot to offer within and around its surroundings.

This small nomad town lies at the intersection of three main roads: Kandze at 85 kilometers to the southeast, Derge at 110 kilometers to southwest, Yushu and Serxu 429 kilometers to the northwest. Truckers coming from and to Tibet make a stop at Manigangou to take a sip of Yak buttered tea and unwind before moving ahead on their journey. In the past, Manigangou was regarded as an important transfer and hiatus station on the Tea Horse Road where caravan fleets would stop. 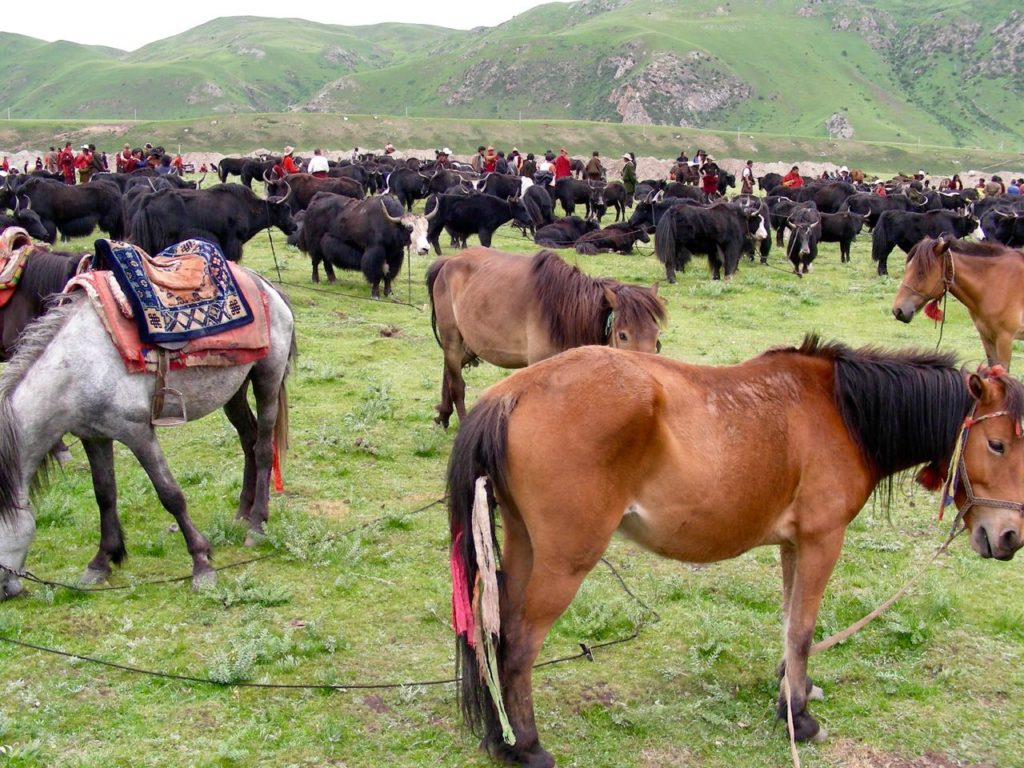 Yilhun Lhatso, also known as Xinluhai or Yulong Lake, is a gorgeous lake at an altitude of around 4,200 meters, just 11 kilometers west of Manigangou town. This sacred and beautiful glacial lake is nestled amidst the rocky, snowy Chola Mountains of Trola range. Offering beautiful sceneries, Yilhun Lhatso Lake is a protected nature reserve. On the shores of this lake one can find dozens of religious, carved prayer stones, as this is a holy lake. The stunning alpine lake is said to provide meditation opportunities for those who wish to achieve enlightenment. Several monks come from the nearby monasteries to meditate. The grasslands around Yilhun Lhatso Lake are perfect for hiking, camping and horse riding.

About 30 kilometers from Manigangou is the Dzogchen Gompa Monastery. Dzogchen Monastery is among the largest Monasteries of Nyingmapa School in Kham region, and is an active center of spiritual study and practice and a major pilgrimage site. Dzogchen Gompa was built in the late 16th century by First Dzogchen, Pema Rigdzen on the order of the Fifth Dalai Lama. Dzogchen Monastery has been home to many great masters including Khenpo Pema Vajra, Khenpo Shenga, Patrul Rinpoche and Jamgon Ju Mipham Gyatso. The monastery was destroyed by fire in 1936 and was later rebuilt but destroyed again by the Chinese in 1959. As per the directions of the 14th Dalai Lama, the Dzogchen Monastery was re-established in South India in the late 1950s. Since the early 1980s, the original monastery has been undergoing reconstruction.