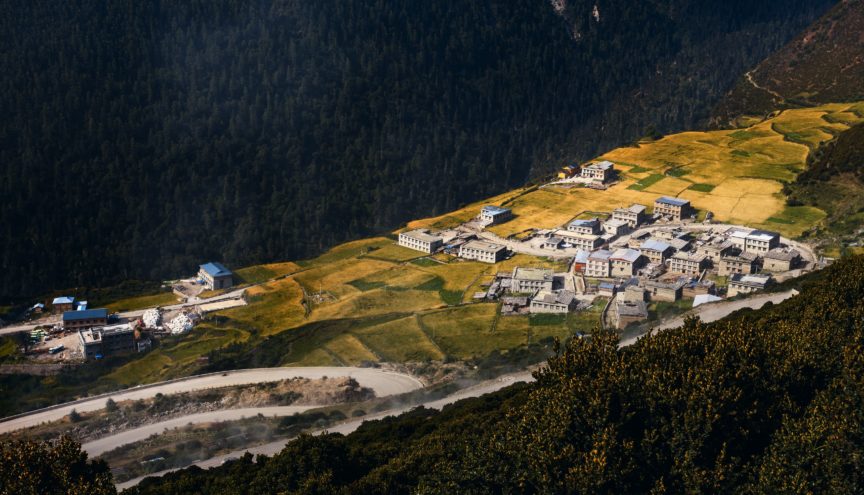 Yading Village is small rural establishment in Daocheng County of the Ganzi Tibetan Autonomous Prefecture, Sichuan Province of China. Located on the eastern edge of the Qinghai-Tibet Plateau, Yading village is 3,700 meters above sea level. Yading village and its surrounding sights are part of the Shangri-la Natural Tourist Zone. Yading in Tibetan is referred to as Nyiden (ཉིན་སྟེང་།), which means ‘facing the sun’. Yading Village serves as base for exploration to the breathtaking Yading Nature Reserve. 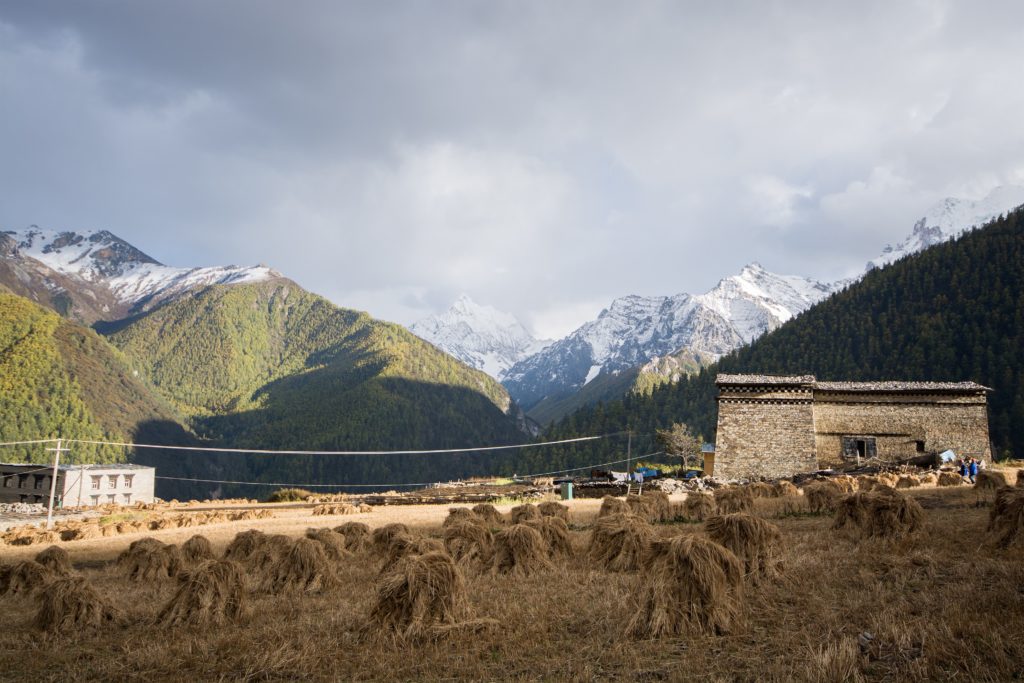 Field found in Yading with beautiful landscape of the mountains in the background, untouched by industrialization.

Honored as the last Shangri-la, the last pure land on earth and the holy land in the sun, Yading Nature Reserve is characterized by snow-covered mountains, vast green meadows, crystal clear rivers, glacier-fed lakes, and dense forests. It occupies an area of 1,344 square kilometers and has an average altitude of well over 4,000 meters. This mountain sanctuary comprises of the three holy mountains that have an altitude of around 6,000 meters – Chenrezig, Jampayang, and Chenadorje. The Yading Reserve serves as an important Tibetan pilgrimage location as the Fifth Dalai Lama sanctified the three mountain peaks.

This 800-year old temple built during the Yuan Dynasty is now just fragments of broken walls as it has been severely damaged over the years. The remnants of Chonggu Monastery lie at the foot of Mount Chenrezig and consist of a Shijia sculpture in the chapel. Nevertheless, lamas can be seen reading Buddhist scriptures and murmuring religious songs at the Chonggu Monastery.

Luorong Grassland is an elevated plateau (4,150 meters) that offers a spectacular vantage point of the three sacred mountains. It consists of lush green grass and winding streams and ponds. Not only does it offer a place for cattle and sheep to graze, but also lodging facilities to visitors. 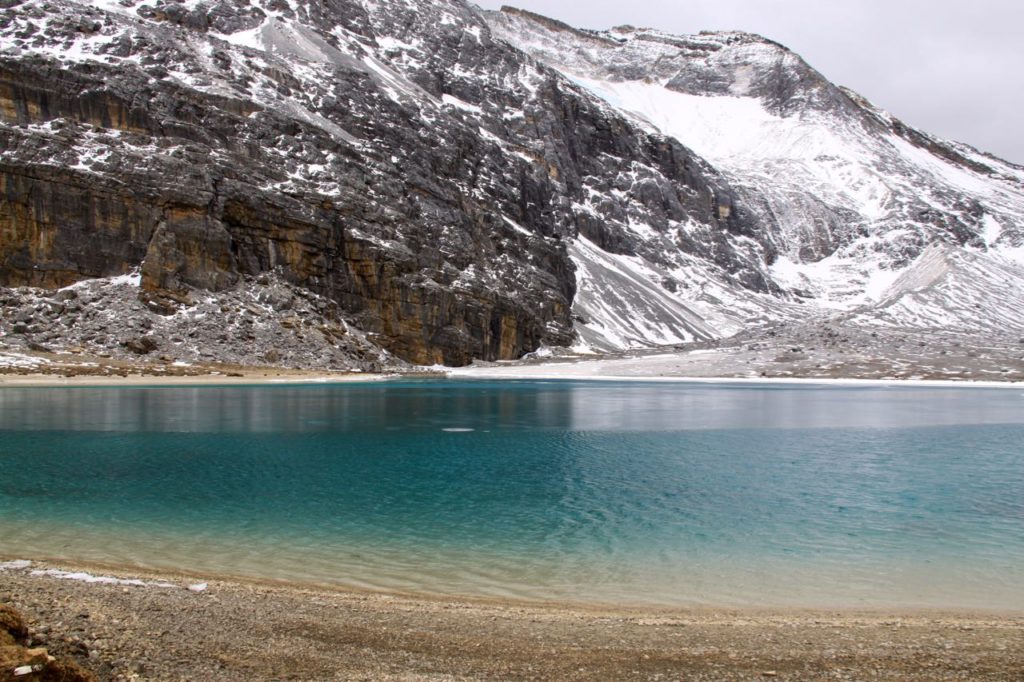 The jewel like lakes in Yading are fed by glacier run-off. This one is known as “milk lake”

Milk Lake is created from a glacier runoff and boasts a milky turquoise color. It is bordered on one side by mountain-sized cliffs. Close to Milk Lake is the Five Color Lake which is surrounded by mountains on three sides and flows into the Zheduo River. Both these lakes are between Chenrezig and Jambeyang mountains and in sunlight, present an awesome burst of kaleidoscope colors.