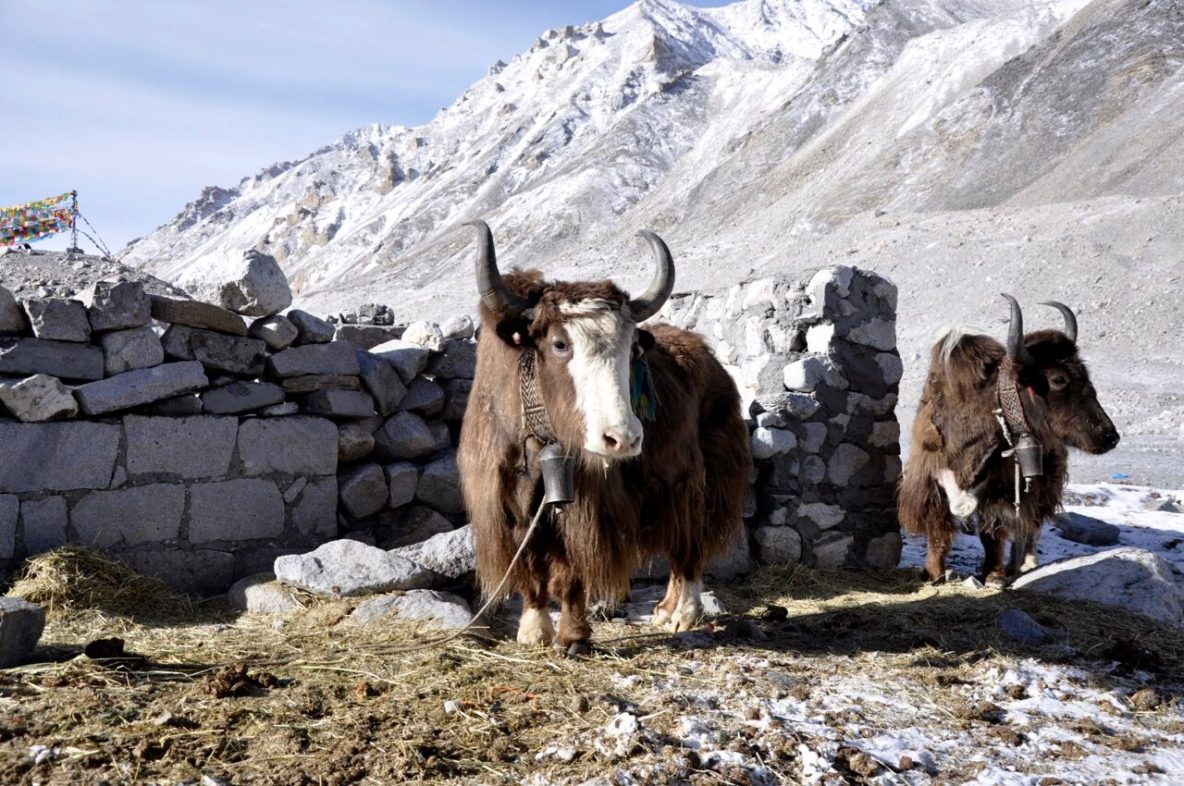 The yak (འབྲོང་། ) is considered the backbone of Tibetan nomad life, with this animal being important to the economic and personal wellbeing of the family. From the products crafted from yaks, the nomad family is able to clothe, shelter, and feed their family, so it is little wonder that some say their yaks are treated with similar importance as members of the family. 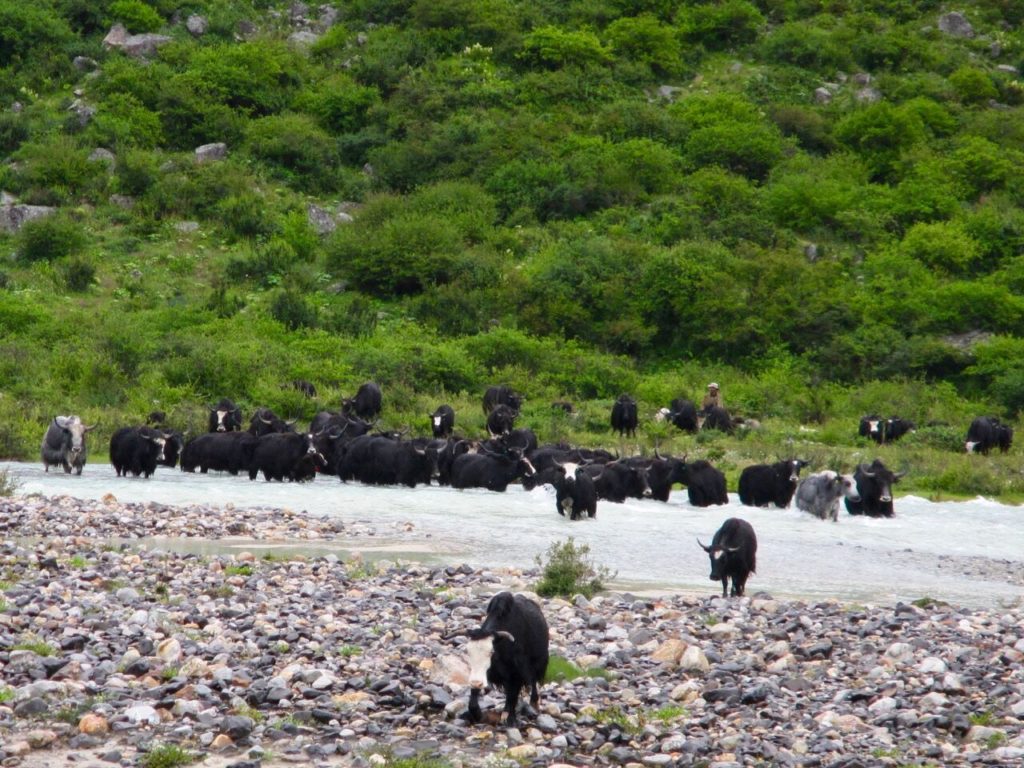 It is not an overstatement to say the yak is incredibly important to Tibetan nomadic family. When we say they use the whole animal, we aren’t joking! From head to tail, the following things are just a few of the products that can come from the yak. Any of these products can be used directly by the family, traded, or sold.

The horns are traditionally carved into combs or pipes, while the skull is used as a Tibetan decoration.

Yaks have several different types of hair with each type typically having a different usage. On the top of the yak (originating at their spine), the yaks tend to have coarse hair which is woven to make very durable products such as the black tents Tibetan nomads are known for. Moving successively lower on the animal, the hair becomes finer making this wool better for softer items such as clothing. Other products woven from yak wool include bags, blankets, carpets, accessories, sling shots, string, and other household or farming items, etc. 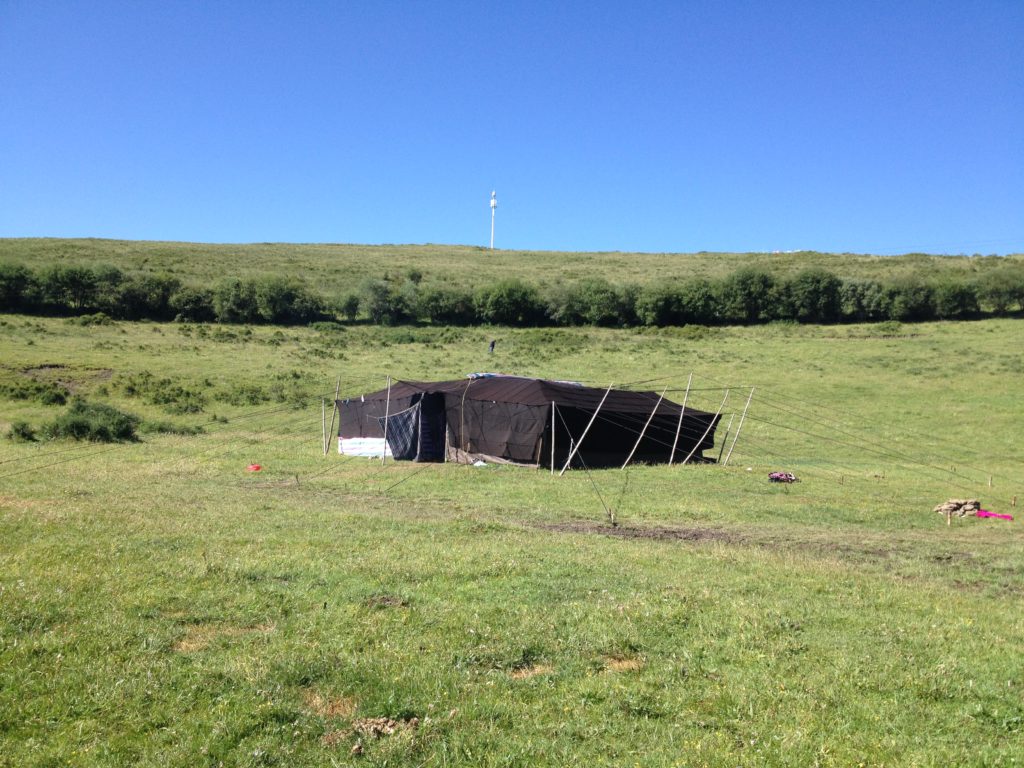 If you visit a nomadic house, you may be offered a seat on the floor with a yak skin as your cushion or mat. When the skin is made into leather, the leather can also be used to make shoes, belts, and packaging bags for food.

As the yak is a livestock animal, it should be no surprise that the meat is eaten too. Similar to beef, but with a wilder flavour and typically a little tougher, most Tibetan dishes will use yak meat (even if the menu says beef). For example, yak meat is commonly found in Tibetan noodles, momos (Tibetan dumplings), and it is dried to make yak jerky. 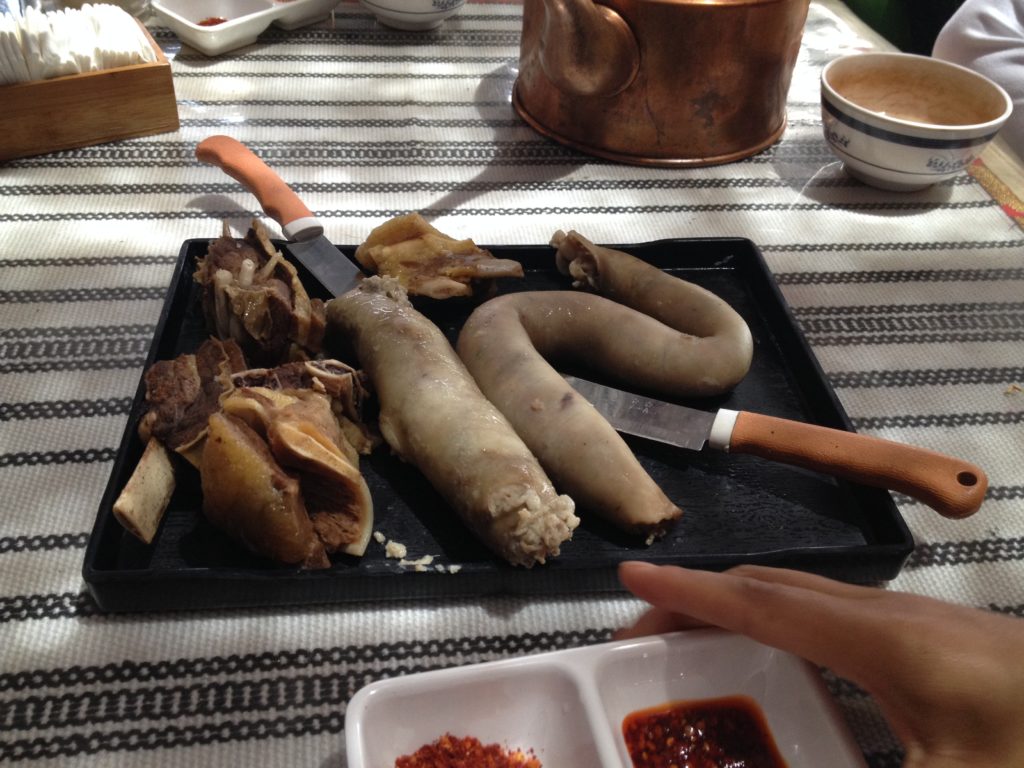 The tails are used for brooms and dusters around the Tibetan home, although today you can also see them as decorations in Tibetan businesses as just another representation of the culture. The tail of a fully grown yak will typically be between 60-100cms long (24-39in.).

While the Western nose might find the smell a little strong, yak dung is a valuable source of fuel for the Tibetan fireplace. The dung is collected daily, dried, and stored in a pile to last the entire year. From the energy of the dung, the Tibetan family is able to stay warm and cook, making this “waste-product” anything but waste!

Obviously the milk itself is drunk, but it can also be used to make the typical dairy products such as butter, yogurt, and cheese. Without the yak milk, you wouldn’t be able to enjoy that cup of yak butter tea!

The yak is a very strong animal, which makes it a perfect pack animal for the nomad family as they move around. It can also be ridden or used to plough the fields. 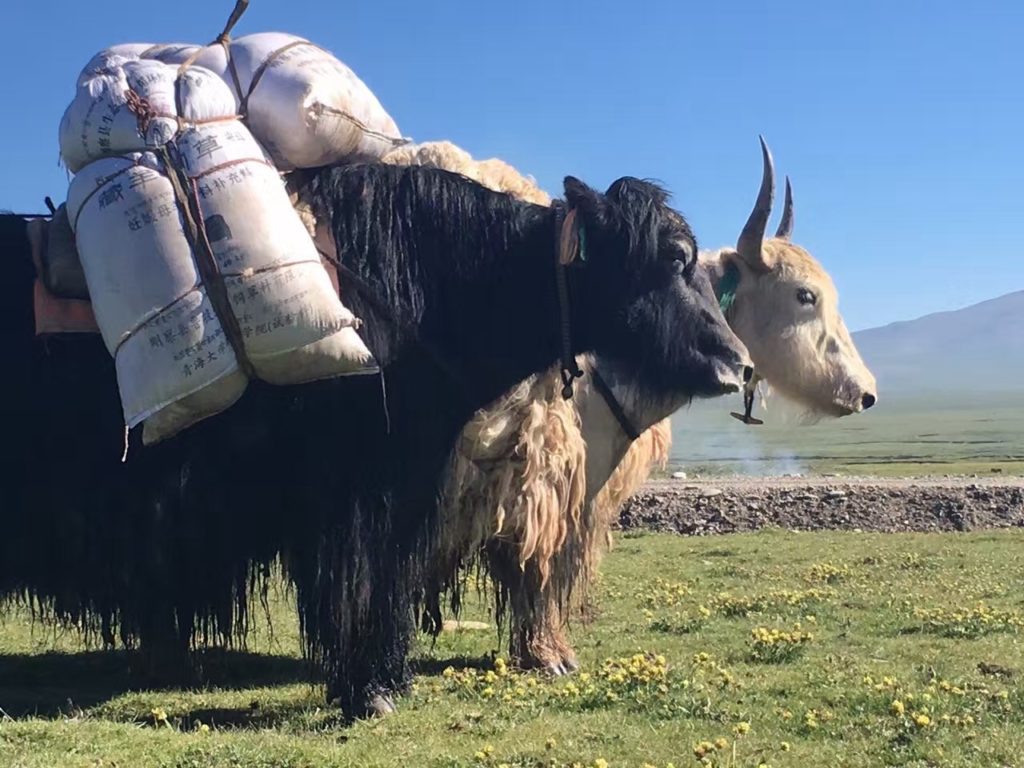 Just like any livestock animal, the family will also profit from the breeding of this animal. Not only is this animal breed for the sake of making the previously mentioned products, but a family can profit by trading or selling their extra animals, thus directly impacting the financial well-being of the nomad family.