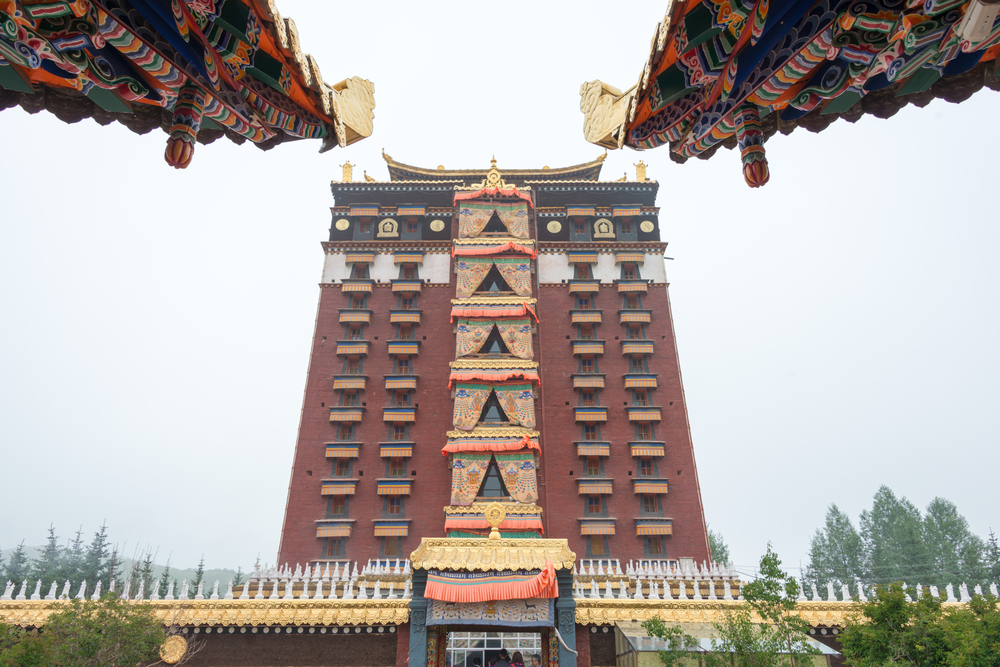 A lot Packed into Two Letters

Zö (གཙོས་) means “antelope” in Tibetan. It also signifies the city of Zö (or Hezuo in Chinese). As the capitol of Gannan Tibet Autonomous Prefecture, Zö is naturally the economic, political, educational, and cultural center of the prefecture. Zö lies on the northeastern edge of the Tibetan plateau at an average elevation of 3,000 meters. In 2015, its population was 90,000 people and it represented 24 ethnic groups. The vast majority of residents, however, are Tibetan.

Good lodging and great dining are easy to find in Zö. Want good entertainment? You’re in luck. Zö is home to the largest Tibetan opera theater in Gannan Prefecture. If you want to see professionals dance and sing in traditional Tibetan performances, make sure you go to the opera in town. It is open nightly, except in the winter season. Remarkably, the opera troupe from Zo performed in Israel in December 2017. Right in the middle of the city, as in many other Chinese places, is a town square. Hezuo Century Square was built in 2000 and has become the cultural and communal heart of the city. People gather there in the morning for exercise. Local shows and other forms of entertainment pop up in the square from time to time. Most importantly, every evening at 7:00 pm people of all ages come to the square to dance the traditional Tibetan circle dance. Anyone can jump in.

The famous Milarepa Temple towers above the main road toward Xiahe, about two kilometers from the bus station. Milarepa lived in the twelfth century and stands out among Tibet’s most famous Buddhist teachers (of the Kagyu tradition). The temple in his name was built in 1777. It was destroyed during the Cultural Revolution but was rebuilt in 1988. Each of its nine floors displays many varieties of Buddhist statues, deities, and scriptures. Local Tibetans circumambulate the temple daily. Gansu Normal University for Nationalities is located in southwest Zo, about two kilometers from the center of the city. Founded in 1984, the university is renowned for its beauty. Presently, there are over 10,000 students and 700 faculty.