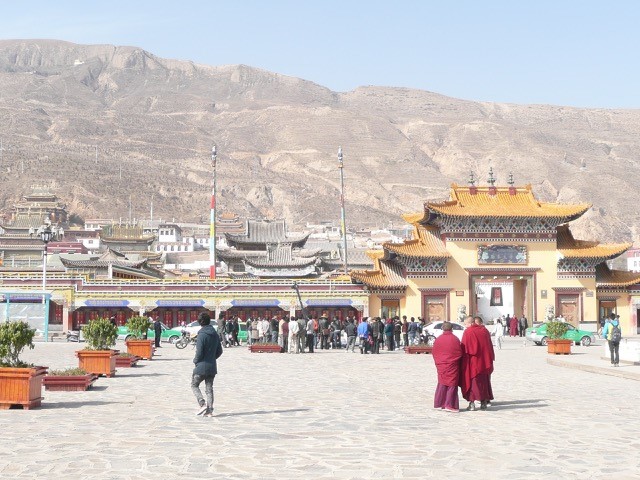 The town of Rebkong (རེབ་གོང་།) in the Huangnan Prefecture has much to offer travelers. Known throughout the years for its art, monasteries, agricultural and mining community, and even for its cultural revolution, visitors can spend days taking in all this historic town has to offer. While the town of Tongren is known as such in Mandarin (同仁).

The town that was established around the Longwu Monastery centuries ago in 1301, and would eventually come to form an administrative system that seamlessly combined the Chinese dynastic rule of the time with Buddhism. The town and Monastery were both widely expanded upon during the Ming Dynasty and had turned what was considered a useless region, into a flourishing town mostly filled with soldiers. Today, the monastery is the home of three separate academic institutions, houses several hundred monks, and sees visitors from around the world on a daily basis. 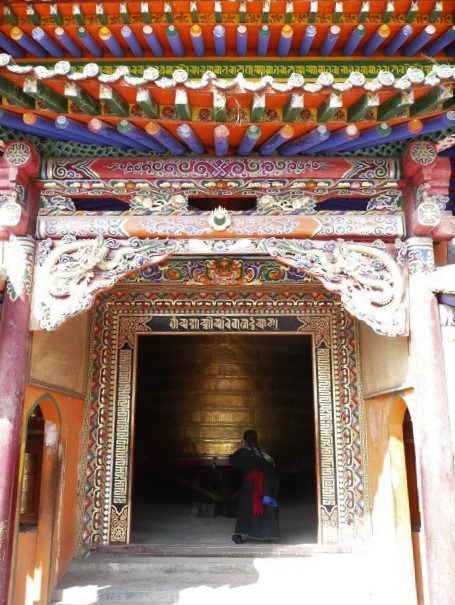 The architecture for the monestary is full of wild colors and designs.

Longwu isn’t the only monastery nearby, nor is it the most visited. In fact, many travelers to the area prefer the Wutong Monastery because of its numerous Thangka paintings created by the monastery’s monks. While many of the original pieces were destroyed in the fallout of the Cultural Revolution, the style and beauty that once was, still lives on with the current population of artistically talented monks. Hand ground pigments and gold leaf are still used with the traditional styles that garnered this monastery’s far reaching reputation.

These pieces can take anywhere from a few months to a couple years to create, and this is reflected in the price as well as their unbelievable detail. A large piece can sometimes sell for upwards of ¥50,000 (approximately $820 USD), with much smaller pieces usually selling for around ¥500 (approximately $80 USD). There is still plenty of exotic, fashionable clothing sold in the market, alongside souvenirs and local trinkets as well. 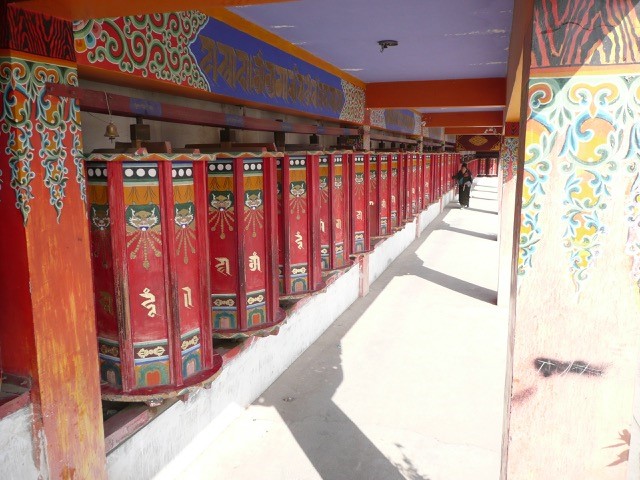 One can see the beautiful Tibetan craftsmanship in there buildings

Taking in The Culture

To really blend in with the locals, you will need to eat and play like the locals. Vendors along the streets often sell a variety of unique delicacies, with dried sheep’s head and yak butter tea being among them. For the less adventurous, freshly made yak milk yogurt can be found being sold by some vendors, and many Tibetan restaurants line the streets with more traditional foods. Roaming the streets between the sights, meals, and shopping, you can usually find a few locals gambling the day away with their own style of card and dice games, but welcoming any new players who are willing to take a chance.

For those more interested in the Tibetan landscapes, snowcapped mountains and natural beauty that is prevalent on the Tibetan Plateau, Tongren does not cease to amaze. Within a reasonable walking distance from here, you can find breathtaking hills and grasslands; sparsely spread out on acres with mountains in the background and the common sights of sheep and yak tended to among the acres.