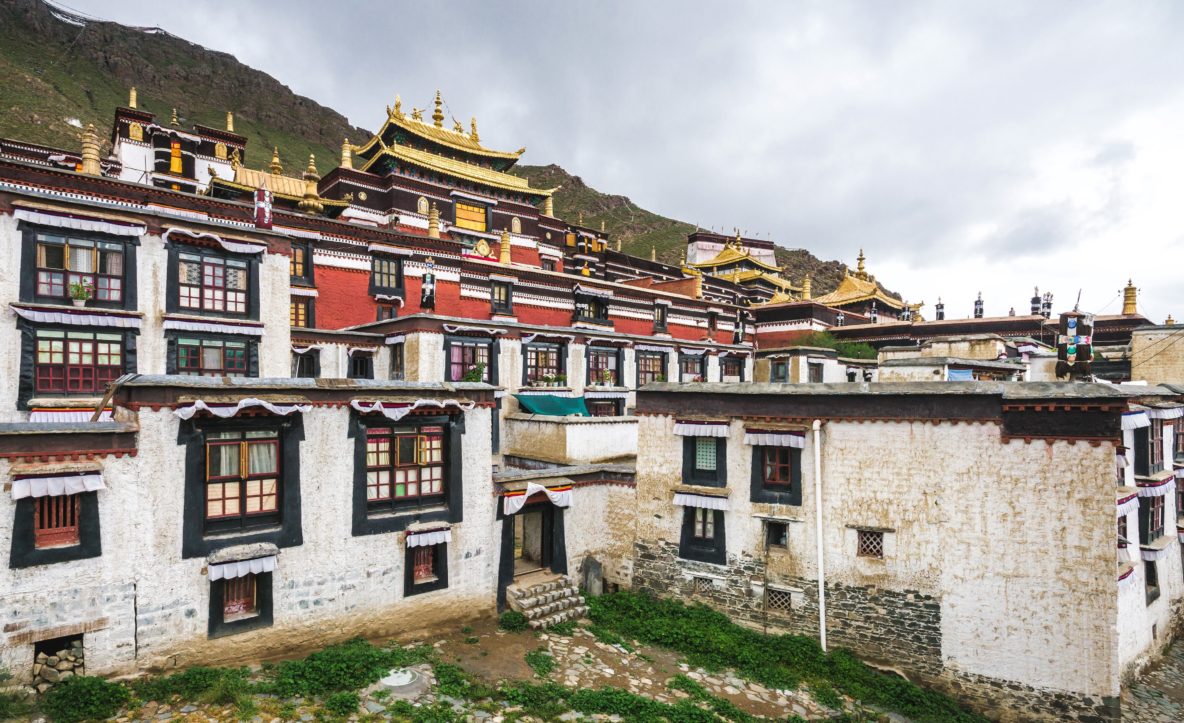 Also known as Rikaze (日喀则), Shigatse (གཞིས་ཀ་རྩེ་ས་) is the second largest city in Central Tibet. It is a prefectural capital city with a population of over 700,000, and is most famously known for Tashilhunpo Monastery. This monastery is home to the Panchen Lama, the second highest lama in the Gelug tradition of Tibetan Buddhism, and best survived the excesses of China’s cultural revolution. It still functions as an active monastic community today. Shigatse is easily accessed by road, rail or air from Lhasa, the provincial capital of the Tibet Autonomous Region. Tourists typically stop through on their way to Everest Base Camp and Nepal, therefore it is known as the “Gateway to Everest.”

The fastest and most direct way to Shigatse from Lhasa by vehicle is the newer Friendship Hwy (also known as the northern Friendship Hwy) that links Tibet with Nepal. This is a 270km trip that takes 5 hours due to strict speed control. It follows the Yarlung Tsampo river valley for most of the route where the farming lifestyle on the Tibetan plateau can be seen along the way. There is also a popular scenic route along the “old” Friendship Hwy that takes you over the Khamba La pass for a sweeping view of Yamdrok Lake, past the Karola Glacier, and through Gyantse – home of the largest stupa in Tibet. Most travelers will request to take the scenic route on one of the directions when traveling to and from Shigatse. A three hour train ride is an option as well. 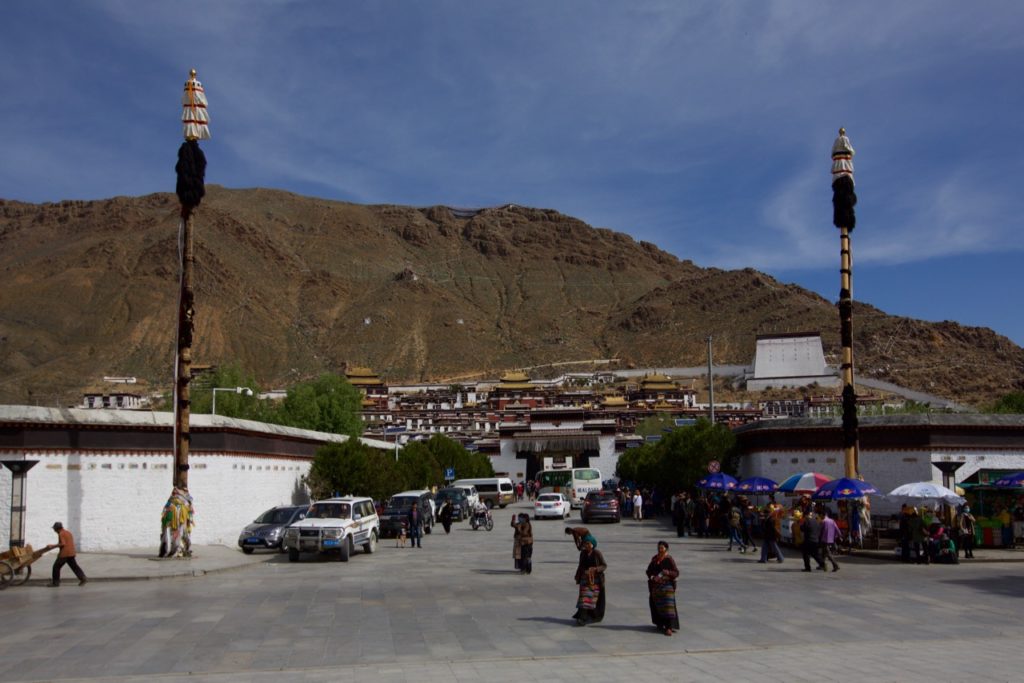 Entrance to Tashilhunpo Monastery in Shigatse.

While in Shigatse, a tour of Tashilhunpo Monastery is essential. For those interested in visiting the various chapels and halls within the monastery grounds it is best to go in the morning before they get locked up for lunch soon after 12:00pm. Photographers be aware that photography fees are collected in each chapel and can be as expensive as RMB 150 per chapel! Travelers can opt to join both the locals and pilgrims from afar to do the lingkhor (“holy path”) around the monastery. There are essentially two routes that can be taken. First, is the path around the immediate monastery grounds that can take up to one hour depending on your pace. There is also a longer route that takes you over to the Shigatze Dzong (fort), destroyed in the 1960s but rebuilt in 2007, which can take up to three hours. The fortress perches over the town and resembles the Potala Palace. Walking the lingkhor, or Kora, is a great way to mix with the locals, get some wonderful photos, and further acclimatize spending a day at 3,800 meters above sea level.

As most cities in China are growing rapidly in modernization, this town is no exception, meaning there are several good hotel options available. The Gesar Hotel, though not as convenient to the city center, has beautiful Tibetan themed rooms, a decent breakfast, and several good restaurants nearby. The Manasarova Hotel is in the city center, also Tibetan themed, but older and getting a little run down.