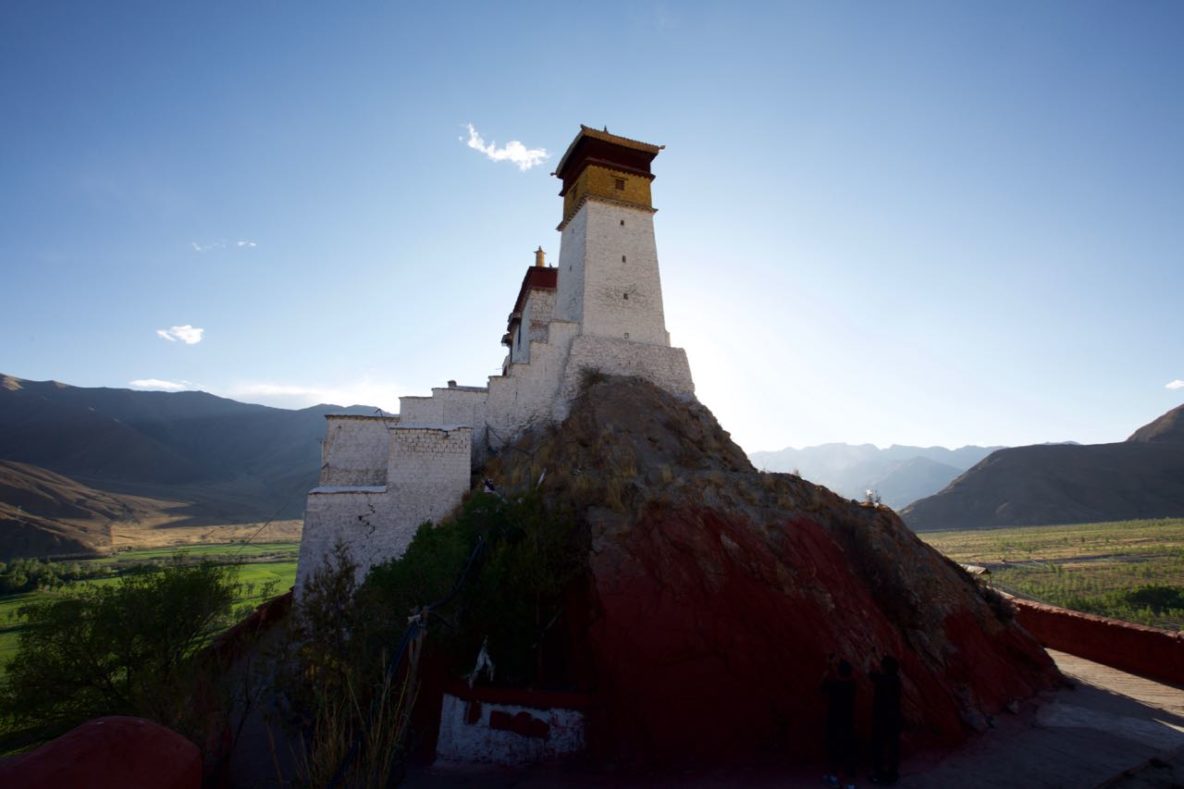 Nestled in one of the most fertile regions of the Yarlung Tsampo River basin, Tsetang (རྩེད་ཐང་།) was the perfect place to start a new civilization. Referred to as Zedang in Chinese (泽当), Tibetans consider this quaint city the birthplace of their people. According to legend, the union of an ogress and a monkey led to the first Tibetan people. Regardless of how you believe the first Tibetans got to the Yarlung Tsangbo River valley basin, history does attest to this region being the cradle of the earliest Tibetan civilizations on the Qinghai Tibet Plateau. The Tibetan peoples spread out from Zedang over time, venturing to less fertile, harsher areas. The famed first emperor of the entire Tibetan plateau (33rd king), Songtsan Gampo and his father hail from this area. 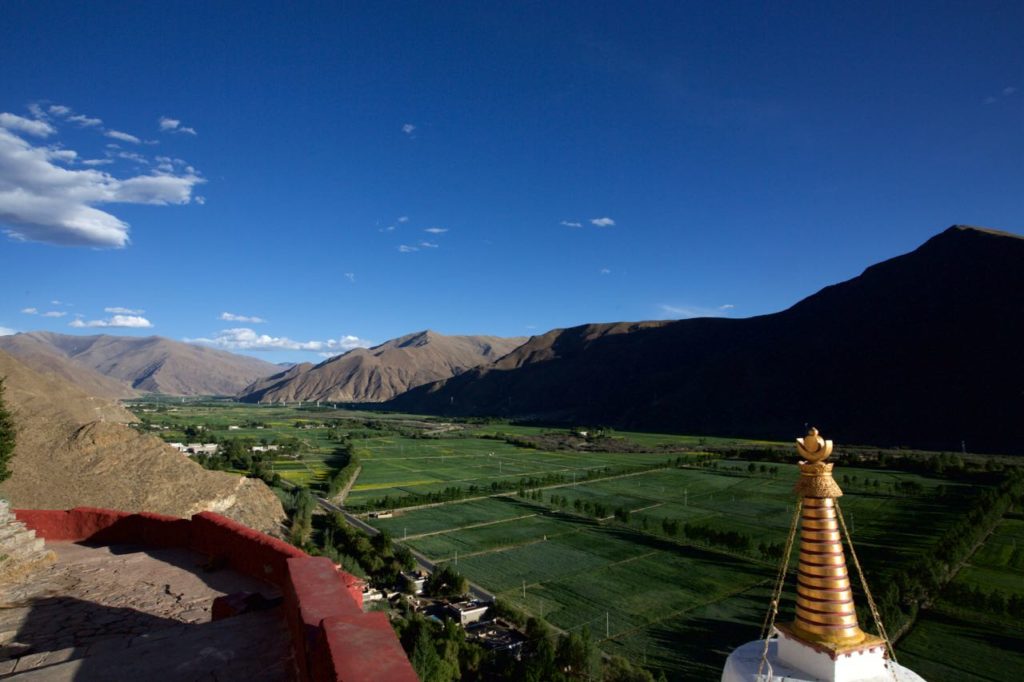 Zedang is nestled in one of the most fertile regions of the Yearling River basin.

As the fourth largest town in Tibet, Tsetang city is a bustling town with modern streets. It is the capital city of Shannan Prefecture with nearly 16,000 residents and governs 13 other counties in the region. There is little about the town itself that would merit a visit, but the surrounding area is full of history and beauty. Accommodation options are limited in this remote town, but the Tsetang Hotel offers surprising comfort with decent wifi and friendly staff. Breakfast is passable but certainly not memorable, while other meals would be best enjoyed somewhere else in town.

Samye monastery is known as the first Buddhist monastery in Tibet and is only 30 km from Tsetang. It is a must see. In closer proximity (9km) is Yumbulagang, the first Tibetan palace for the first king of Tibet from the second century BCE. Songtsan Gampo used this as a summer palace in the seventh century CE and it was converted into a Gelugpa sect monastery in the 16th century CE. Yumbulagang is considered the oldest known dwelling in Tibet and its location combined with the style of construction makes it feel more like a fortress than a palace. The easy climb up the winding stairs is well worth the view of the valley from the top and visitors are permitted to enter the small chapel of this ancient palace turned monastery. 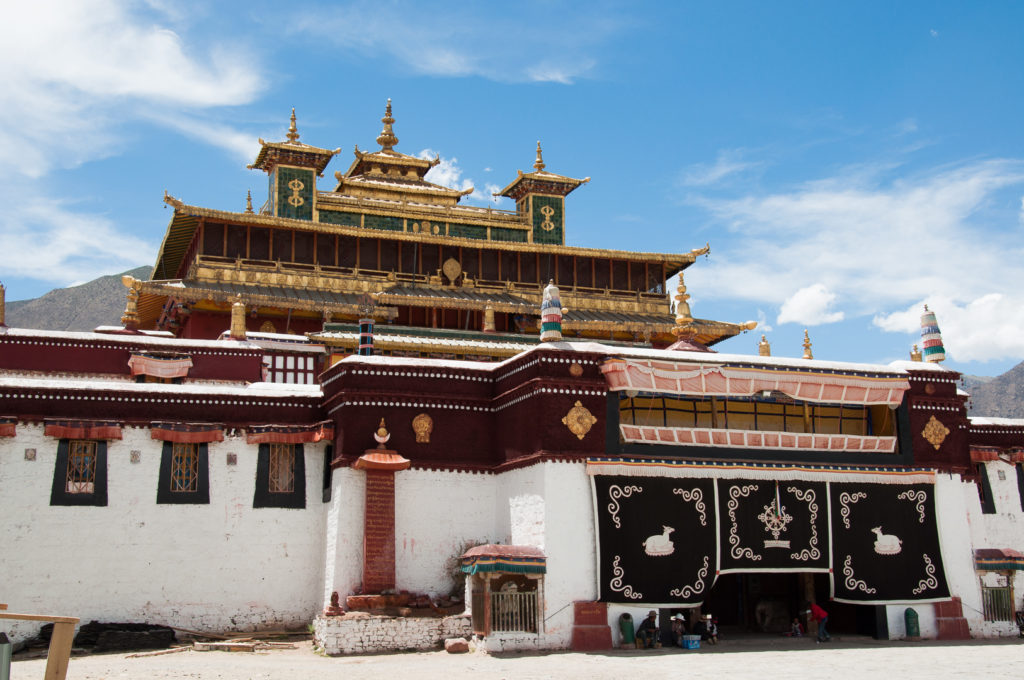 South of Tsetang lies the vast Himalaya Mountain Range that stretches across the southern border of the Tibetan plateau, and to the north of town are the Nyanchen Tanggula mountains. It is in between these two ranges that the Yarlung Tsampo river runs and the valley becomes the widest and most fertile in the Tsetang area. The city sits on the south bank of the river. A popular three day trek in the area begins from Ganden Monastery outside Lhasa and heads south over the Shugu La and Chitu La passes before arriving at Samye Monastery (alternatively you can do it the other direction of course). From there you can hire a local vehicle to take you the 30km to Tsetang.

It is a three and a half hour drive (160km) from Lhasa to Tsetang. The trip involves retracing the route to the Lhasa Gonggar Airport, before following the Yarlung Tsampo River as it flows east to Tsetang. Due to its proximity to the airport, some travelers choose to visit Tsetang before going to Lhasa. Besides avoiding retracing your steps after going to Lhasa, the big benefit to visiting Tsetang first is the lower elevation (the town sits at 3100m, more than 500m lower than Lhasa) which helps travelers adjust more naturally to the high elevation of the Tibetan plateau, especially on the first night.