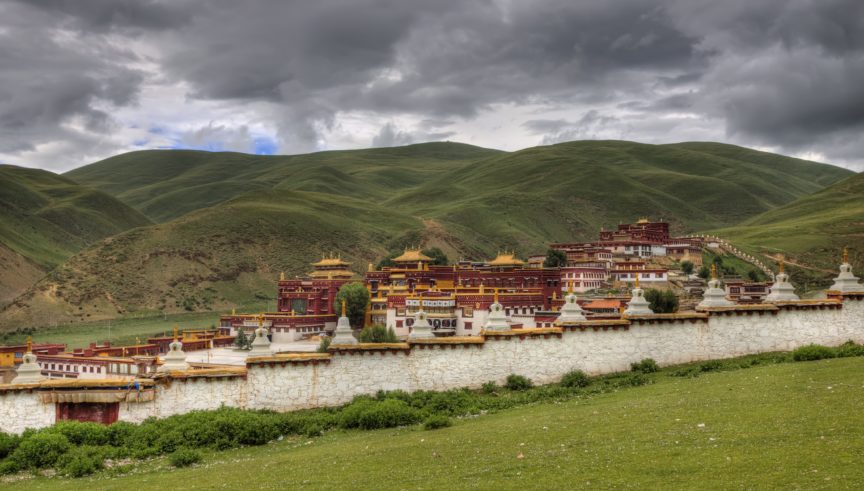 Lying at the edge of a vast grassland valley, Lithang (ལི་ཐང་།) is the administrative hub of Litang County. Also known in Chinese as Litang town (理塘) , the town is situated in the southwest of Garze Tibetan Autonomous Prefecture in Sichuan Province. Litang is a historic town at an altitude of around 4,000 meters above sea level, even higher than Lhasa, which is why it is even known as a ‘town up in the air’.

This town in the midst of grassy hills is a major center of Tibetan culture in Kham and bustles with trading activities of Tibetan people and nomadic shepherds. The population of Litang town is around 60,000 with the majority being ethnically Tibetan. Litang town is a blend of tradition and modernity with fortress-like brown stone houses, satellite dishes and power lines. 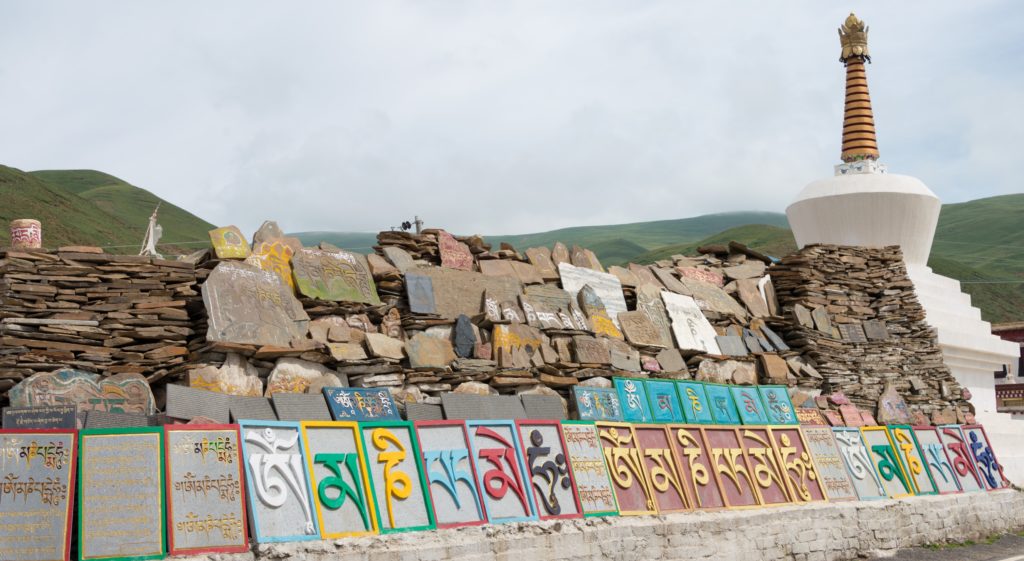 A stupa is seen surrounded by thousands of inscribed stones in a mani pile.

For hundreds of years, Litang is famed for its horse racing festivities where Khampas gather together from all across Tibet and Southwest China. The festival not only gives a chance for Kham Tibetans to display their sportsmanship skills, but also provides opportunities for trading supplies, singing and dancing. The Horse Race Festival usually takes place in the first week of August and lasts for about a week. Tibetan nomads set up tents on the grasslands and wait anxiously for the big event. The horse festival is not a mere race, but a matter of socio-economic hierarchy, and honor and prestige in the participating Khampas. At the festival, people and horses dress to impress. Women wear their finest robes with impressive jewelry and head gear while participating horses are adorned with colorful fabric.

The Litang Chöde Monastery lies at the north of the town and was built in 1580, honoring the third Dalai Lama (Sonam Gyatso, 1543-1588). The Litang Monastery is the biggest Gelukpa monestary in the Kham region making it important to Tibetan Buddhists. In 1956, a major portion of the Monastery was destroyed when resistance erupted to communist reforms in Kham. Over time, many buildings of the Monastery have been reconstructed. It is said that the seventh Dalai Lama had resided in one of the chambers of the Monastery.