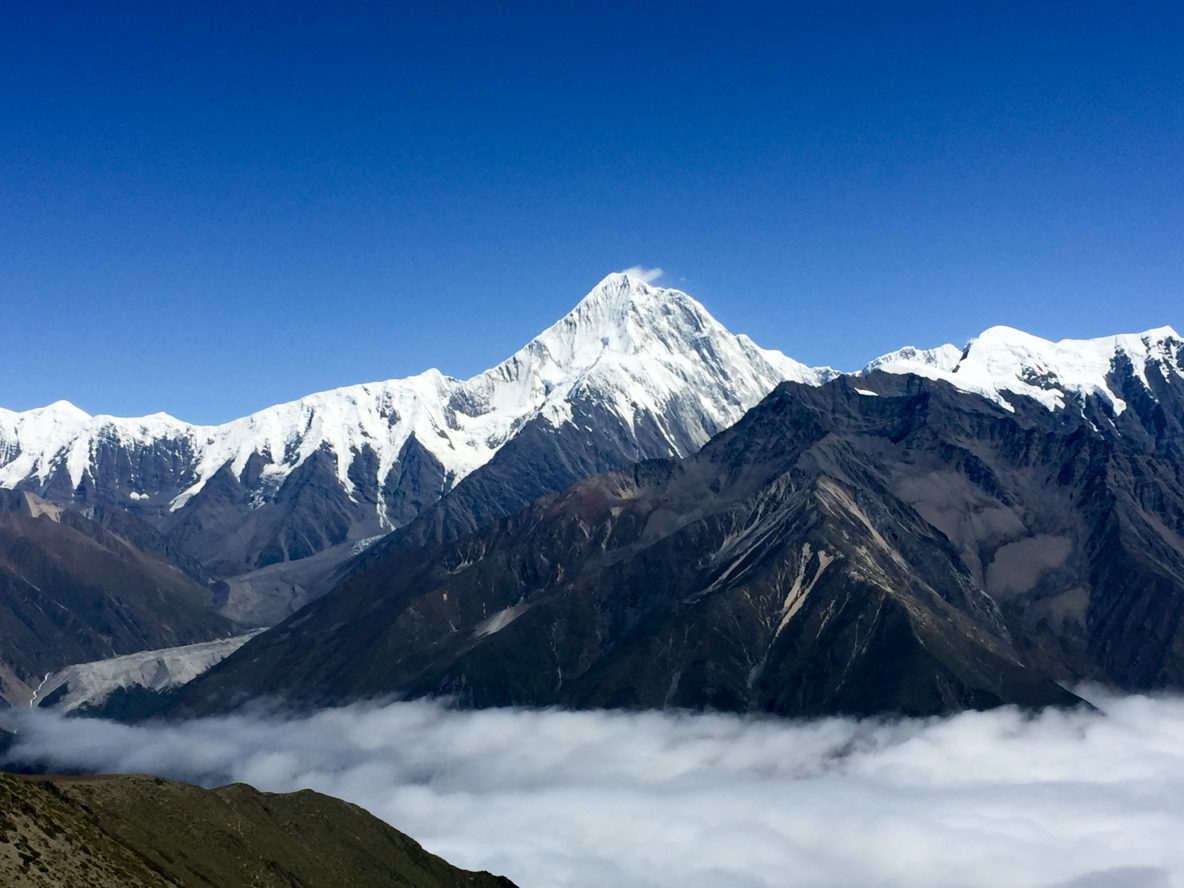 On the eastern edges of the Tibetan plateau, in the Kham region south of Kangding and Xinduqiao, lies Mount Gongga (Minya Konka), the 7,556-meter sentinel of the Mount Gongga mountain range. The mountain is the third largest peak outside of the Himalayas. At one point in the 1930s, its height was miscalculated and thought to be over 30,000 feet, which would have made it the tallest mountain in the world. The myth was short-lived as the National Geographic Society quickly disproved the claim. It does stand head and shoulders above every other peak in the region and its prominence from some of the deep, surrounding gorges make it easy to understand how some might have mis-calculated its height.

Catching an unhindered view of Mt. Gongga’s peak is a rare occurence as it typically carries with it its own weather system. Even when the rest of the sky is relatively cloudless, Gongga will still wear a shroud of clouds. The steep valleys surrounding Gongga make it difficult to see even though you may be walking through its own foothills. There are a few common vantage points available for viewing Gongga, though you still need a good dose of luck to see it. The Kangding Airport road provides a clear, though distant view of Gongga and the surrounding mountains. You can also potentially view it from the Riewuqie pass on the Gongga through-trek. There are parts of the 318 Highway between Yajiang and Kangding from where you can also see the mountain. But the best viewing spot for Gongga is at the pass above Zimei village.

A Wonderland of Adventure 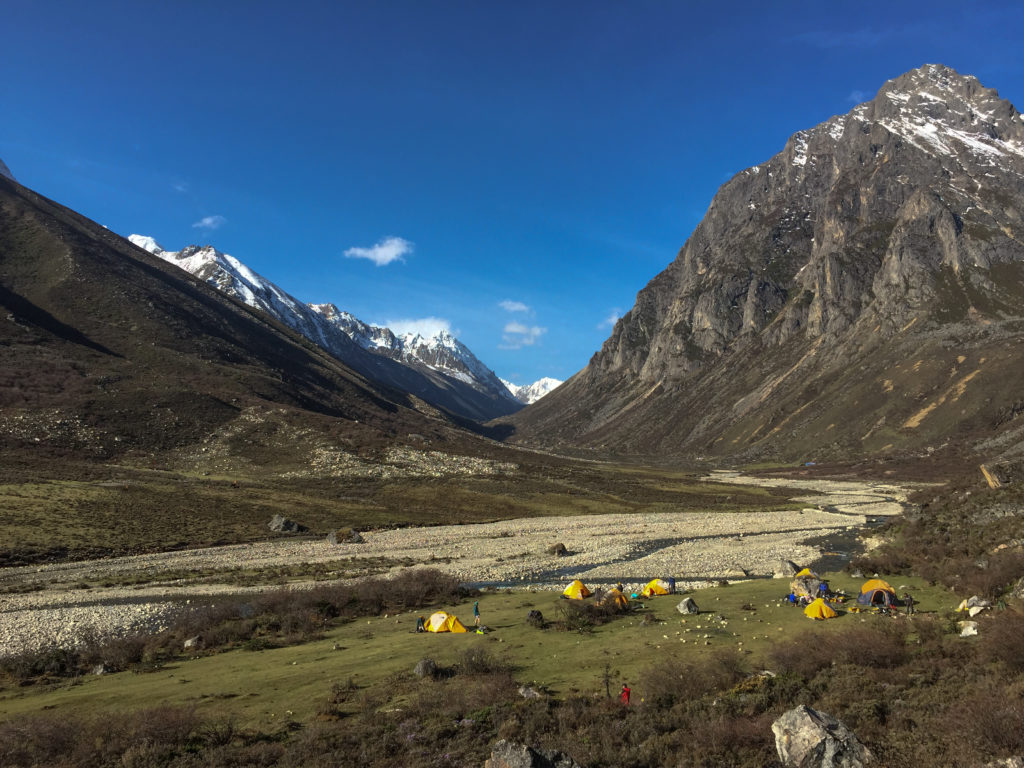 During late spring and early summer, Tibetans comb the valleys and mountains around Gongga for caterpillar fungus. More and more trekkers are finding their way to Mt. Gongga. There is a popular trail hike that begins just to the south of Kangding and ends in Zimei village, which visits one of the most isolated monasteries on the planet. Visitors have the option of even staying the night at the monastery itself, which was build over 700 years ago nestled into a steep valley on the western side of Minya Konka. It typically takes 5 to 8 days to traverse the 70-kilometer journey. 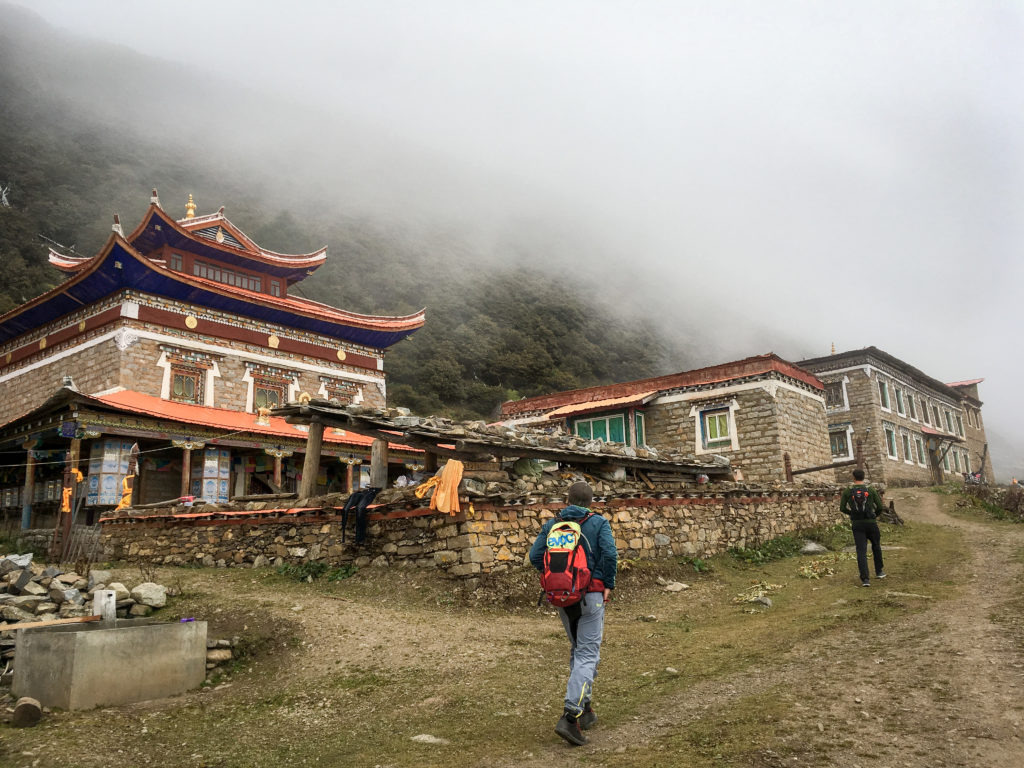 There have been many attempts to summit Mt. Gongga. And many fatalities. It has been successfully summitted only a few times, most recently in the summer of 2017 by a group from the Czech Republic. But for the average adventurer, Minya Konka is a veritable alpine playground. Boasting some of the most inspiring and breath-taking landscapes in the region, the Gongga Valley is a trekker’s, and mountain biker’s, dream.  It doesn’t get any better than this. 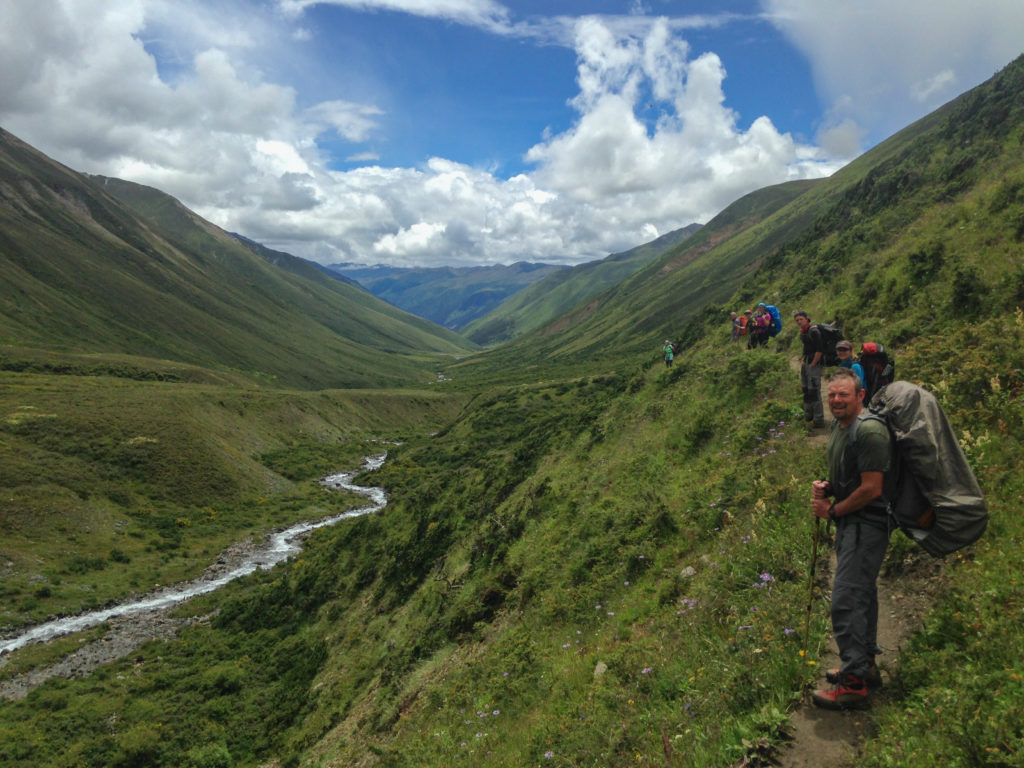 Trekking through the Gongga Valley