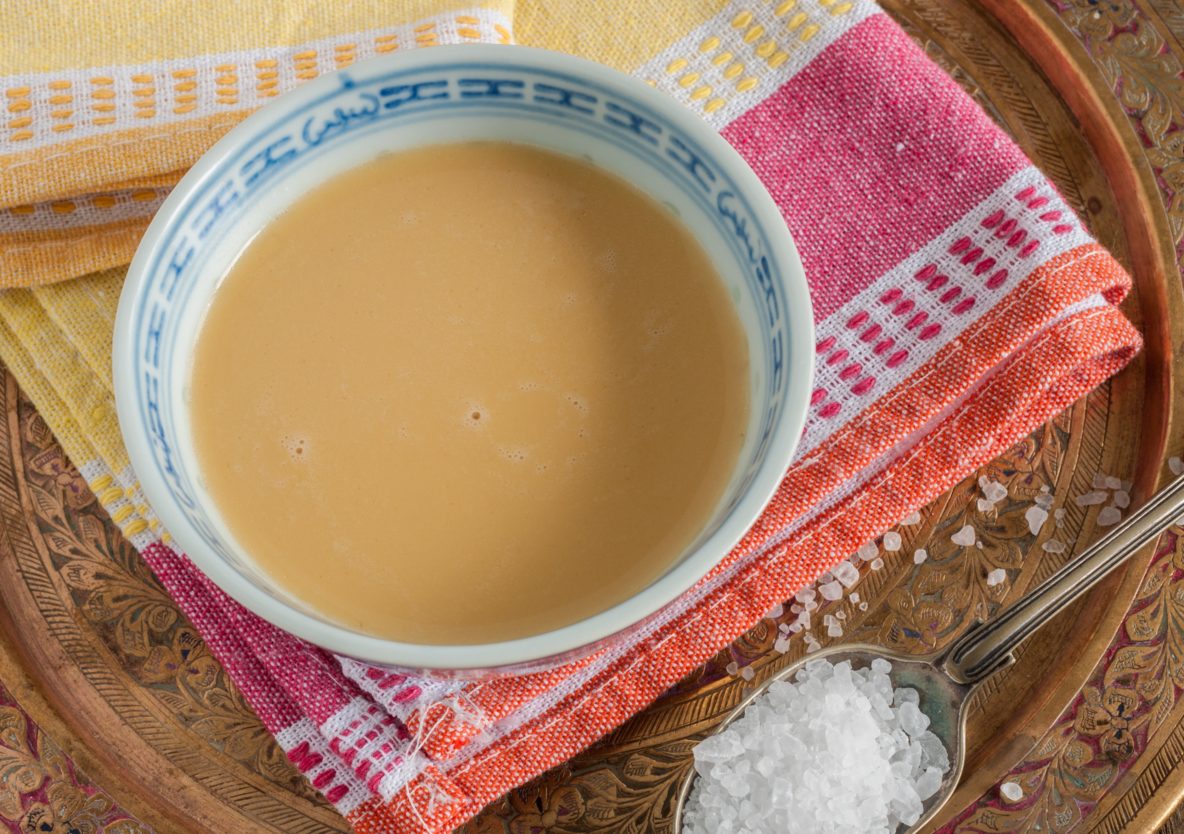 Probably the most quintessential Tibetan food. Visitors to Tibet either love it or hate it. If you’ve been to 10 different places in Tibet, you have likely had 10 different varieties. In Shangri-la, peanuts are ground into the tea. In Danba, they put walnuts in it. Some yak butter teas are very bland. Some are very salty. Tsampa may be added to some versions to make it a bit thicker. So if you didn’t like Yak Butter Tea (འོ་ཇ།) the first nine times, try it again. All varieties of Yak butter tea have the following five ingredients in common: black tea, water, milk, salt, and butter.

Some varieties of Yak butter tea use slightly rancid butter. This is usually because of a lack of supplies or bad refrigeration. As the standard of living has risen in Tibet, rancid yak butter tea has become much less common. As Yak butter tea has gotten fresher, demand for it among non-Tibetans has risen dramatically. Tibetan tea shops are popping up by the dozens. We usually tell visitors, “don’t think hot drink; think soup.” That usually sets expectations more properly and goes a long way to help initiates enjoy their first experience. 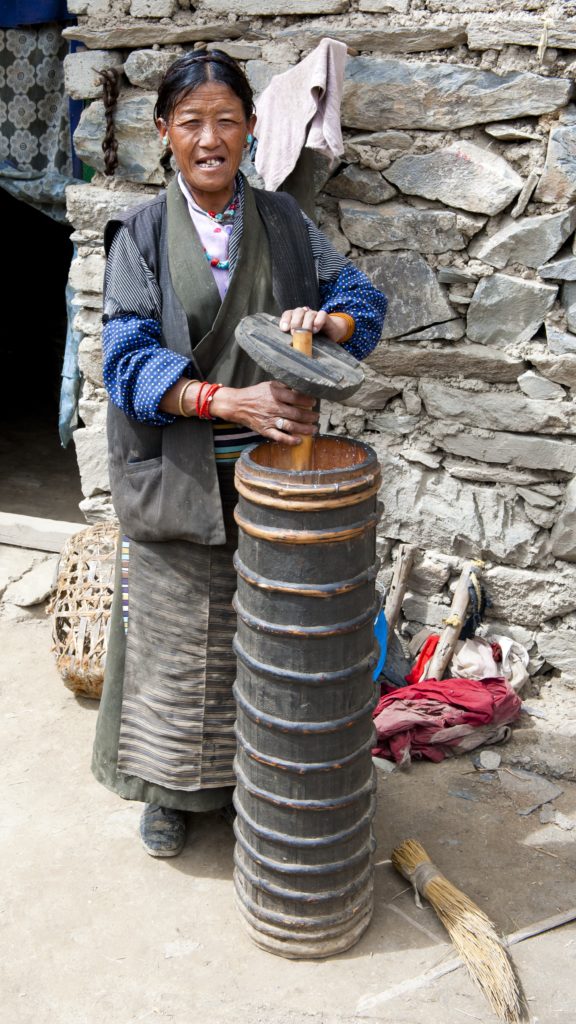 A Meal in itself

Yak butter tea is the most common drink on the plateau. Some nomads drink more than 30 cups a day. Its rich, salty content provides warmth, fats, protein and a bit of caffeine to provide abundant energy for the harsh Tibetan climate. In Tibet, it’s not uncommon to see snow in summer. And winters can get to 20 to 30 degrees below zero (celsius). The butter in the tea also helps Tibetans fight chapped lips.

Yak butter tea conjures up the same warm fuzzies for Tibetans that “hot chocolate” does for Americans or “Chai” for Indians. Yak butter tea has received some popularity in recent years, as the inventor of Bullet Coffee (which is a blend of natural butter and coconut oil in coffee) credited his idea to this traditional Tibetan beverage. If you try a cup of Tibetan yak butter tea on your next trip to Tibet, give it at least five tries before you make your final judgment. As an American having traveled extensively in Tibet, I can honestly say there is no other drink I prefer more when I’m on the plateau. And when I’m elsewhere, I’m still happy with my hot chocolate.