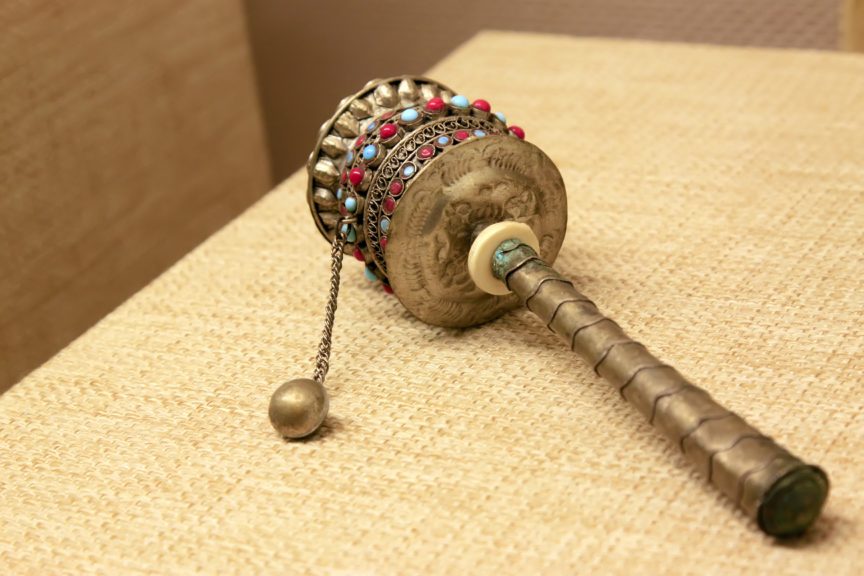 Tibetan Buddhism (བོད་བརྒྱུད་ནང་བསྟན། ) is the major religion of Tibetans around the world. It covers the teachings of Mahayana Buddhism along with Tantric and Shamanic rituals, and is in some part influenced by Bon, the ancient, indigenous religion of Tibet. Apart from the traditions of koras, prayer flags, mantras, and sutras, Tibetan Buddhism is also known for the presence of several deities and reincarnation of Lamas.

The Bon were exposed to Buddhism in the 7th century when King Songtsen Gampo married two Buddhist women, Princess Wencheng from China, and Princess Bhrikuti Devi from Nepal. He tried to enforce Buddhism in the region, but faced a lot of opposition from the followers of the native Bon religion. Towards the end of the 8th century, King Trisong Detsen invited two Buddhist masters from India to Tibet, the mystic Padmasambhava and Shantarakshita.

Master Shantarakshita built the first monastery in Tibet, while master Padmasambhava used his power to dispel the evil forces preventing the spread of Buddhism. Padmasambhava (Guru Rinpoche) combined the teachings of tantric Buddhism with the local Bon religion and founded Tibetan Buddhism. He translated numerous Buddhist scriptures into Tibetan. This lead to the establishment of the first school of Tibetan Buddhism – Nyingma. 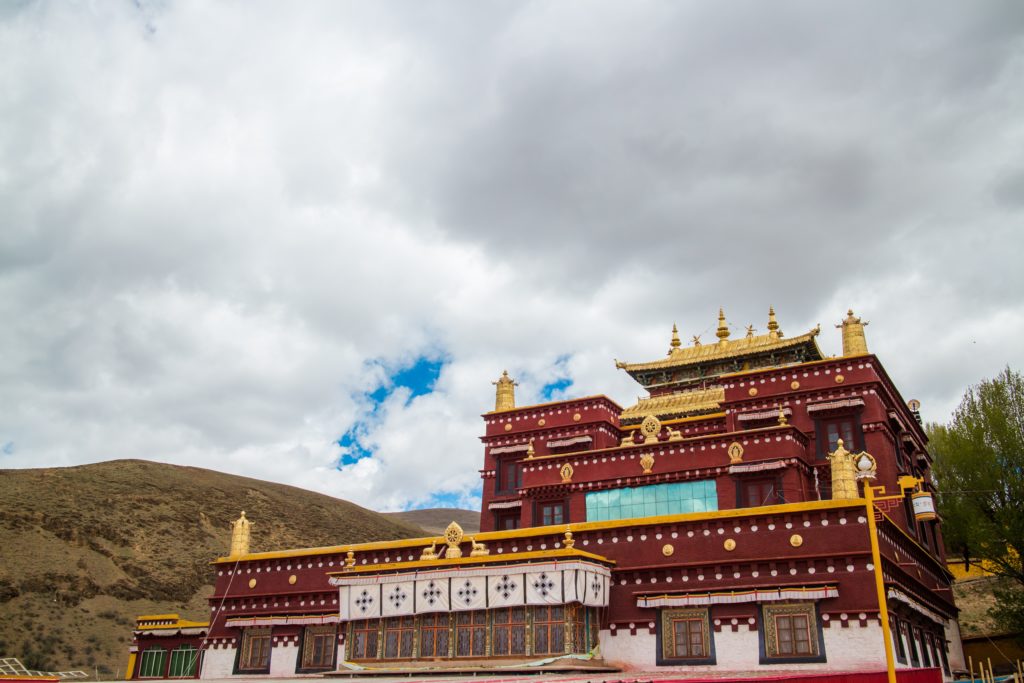 One of the Tibetan Buddhism Temples teaches the religion created a thousand years ago.

The Nyingmapa Sect also known as the Red Hat sect is the oldest and first school of Tibetan Buddhism. Founded by Padmasambhava towards the end of the 8th century, the Nyingma School emphasizes tantric practices, local theologies used from the local Bon religion, teachings attributed to Padmasambhava and Dzogchen (Great Perfection) doctrines. It was widely practiced in the region until the 11th century when other schools of thought arose.

The Kagyupa Sect is the third largest school in Tibetan Buddhism and is known as the White Hats sect. in the 11th century, a Tibetan named Marpa went to India to learn Buddhism under Master Yogin Naropa. He then spread his teachings to his student, Milarepa after putting him under harsh trial. In 12th century, Milarepa’s student Gampopa fouded the Kagyu Sect. This school stresses on the communication of knowledge from teacher to the student, and hence, is also referred as Oral Transmission School. Kagyupa’s central teachings revolve around Mahamudra system of meditation and Six Doctrines of Naropa, also known as Naro Chödrug.

The smallest among the four total schools of Tibetan Buddhism, Sakyapa Sect was founded by Sakya Kunga Nyingpo with its main monastery, Sagya Monastery in southern Tibet. The central teachings of the Sakyapa School are based on Lamdrey (the Path and its Fruit), systematic tantrism and Buddhist logic. It creates a balance between study and meditation.

The Gelugpa (Yellow Hat) Sect is the newest, largest and most important school of Tibetan Buddhism. The Gelugpa (Gelug) sect was founded by Tsongkhapa, a reformist monk and great Tibetan scholar. It is headed by the Dalai Lama. Its practices revolve around Lamrim, from the teachings of Atisha, which focuses on the journey to enlightenment as taught by Buddha.