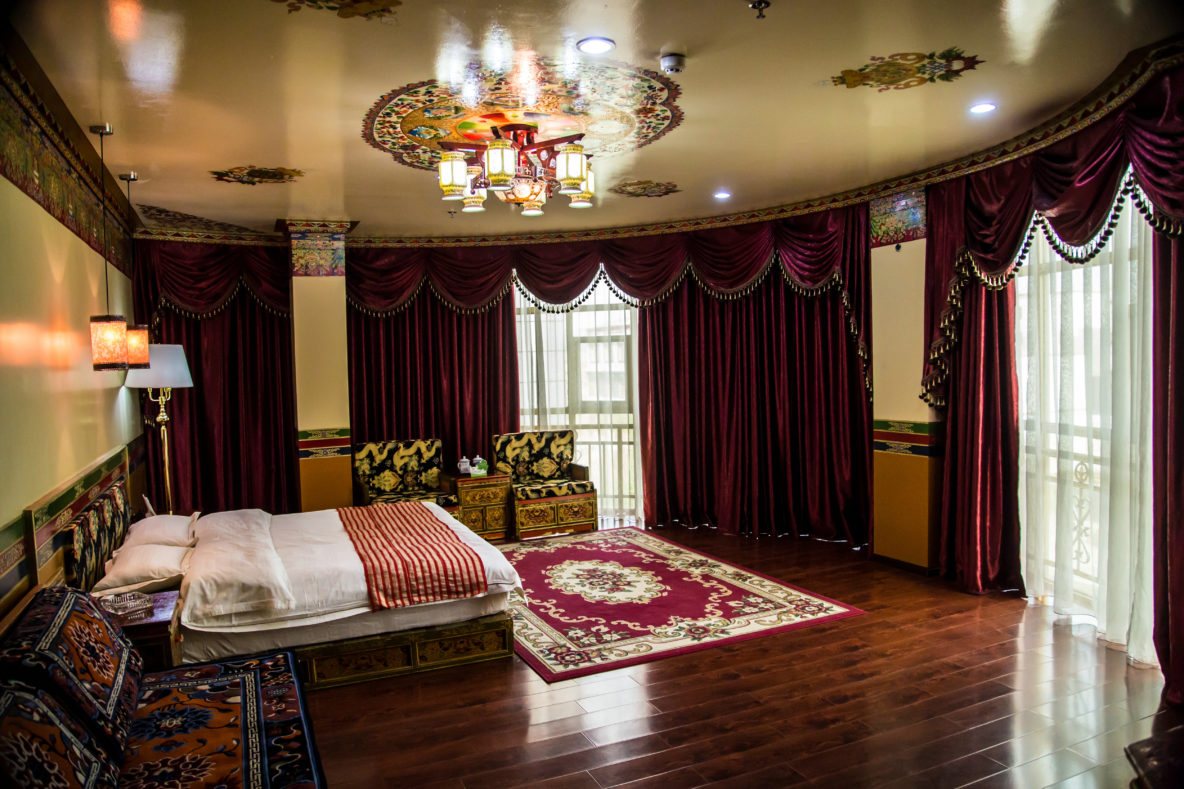 Shigatse is a place you don’t want to miss if you travel to Tibet. As the second largest city in Tibet Autonomous Region (TAR), Shigatse is full of fascinating history and local culture. Shigatse is a modernized city where travelers can find many spots to enjoy the hospitality of the Tibetan people and their distinct culture. Such as that found at Gesar Hotel (“Kesar” in Tibetan). Gesar Hotel was founded by a nomad – Sonam Dorje – in 2012. 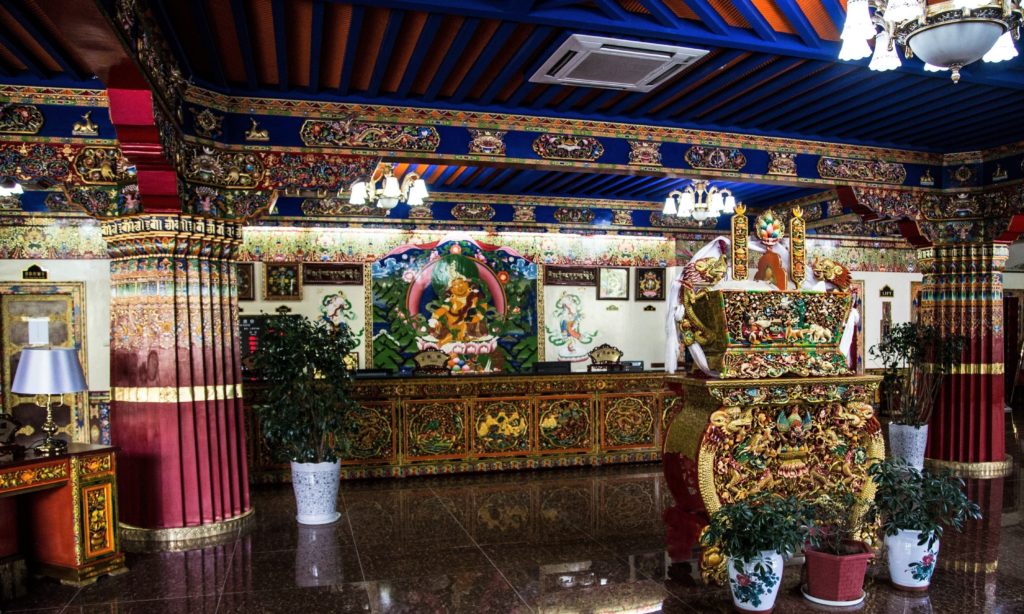 Born in a very remote village, Sonam was not lucky enough to get education, but his ambition to start a business never went away.  In 1994, Sonam became a father, and this was a life change that encouraged him to take first steps towards starting his own business. He wanted his kids to get better education and he was willing to do everything to support his family. Still, it took a few years before his dreams actually took flight.

Finally, in 2006, he founded his first construction company, and through this company he offered 200 job opportunities to his local community. Yet, Sonam was still not content continually seeing many young local people were struggling to support themselves. He wanted to help them discover and grow their skills. So he started building Gesar Hotel in 2008, and officially opened it on April 20th, 2012. Now there are 70 employees at the hotel. 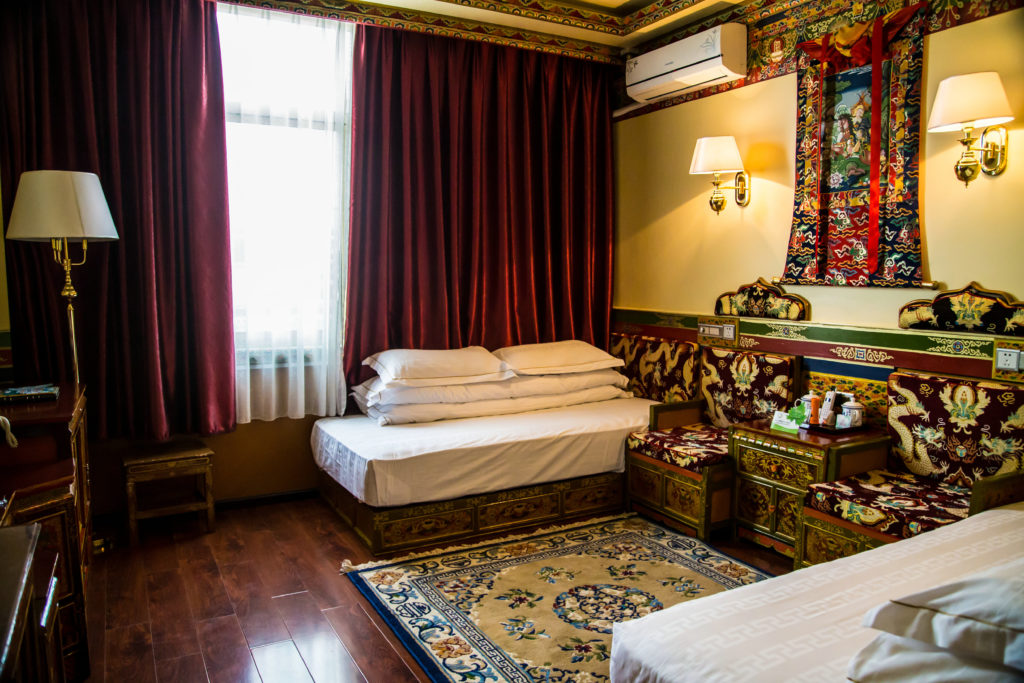 A guest room at Gesar Hotel.

Sonam came up with the name Gesar for the hotel because he grew up listening to his grandmother tell stories about King Gesar. Gesar is a hero in a lot of Tibetan’s hearts, so Sonam decorated the hotel in the theme of Gesar. Paintings on the wall in hotel will take you back in time, as all the paintings are about his life. When looking at the walls, it is not hard to get lost in the beauty of Tibetan art and this ancient culture.

Gesar hotel was the first hotel in Shigatse to be decorated in such a distinct Tibetan style, and guests are often amazed by the beautiful decorations and furniture found throughout. There are more then 150 rooms in the hotel, all of which are very clean and decorated with lovely, handcrafted Tibetan furniture. 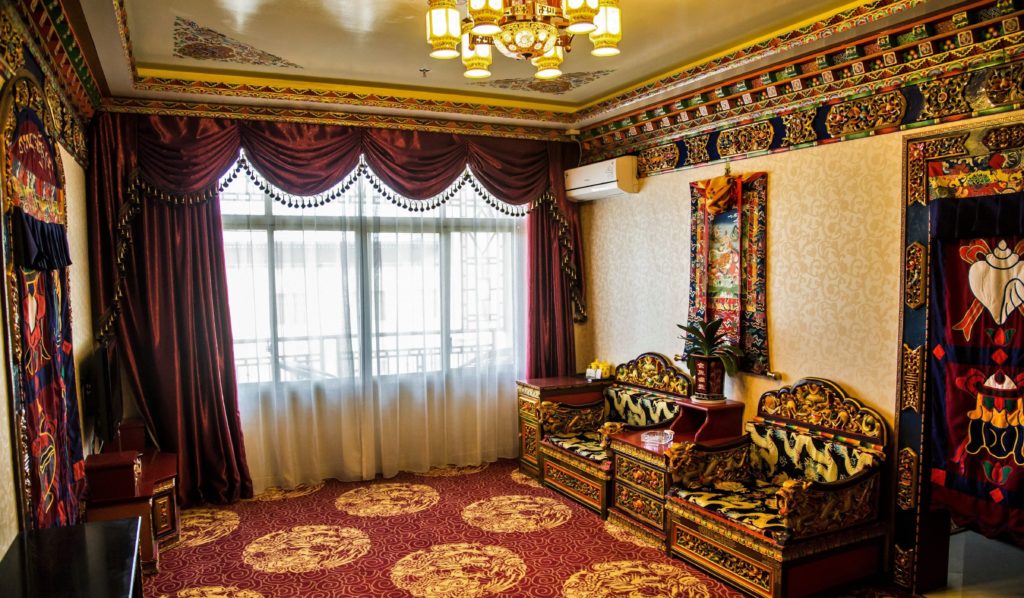 A hall at Gesar.

You will also be amazed by the wonderful staff at the hotel.  At Gesar Hotel, guests are treated as friends. The staff are very helpful, humble, kind, and they always try to make you feel comfortable. The manager of the hotel speaks fluent English, and he is always happy to help you and answer all your questions.

Sonam Dorje believes that Gesar Hotel is not only a business but also a part of the local culture. With so many employees, Sonam is having a great impact on a large part of the community. He hopes that he can help more young people with their family and future, and he also hopes that visitors will have a pleasant stay at Gesar Hotel.

If you are travelling through Shigatse, we highly recommend Gesar Hotel as a comfortable place to stay.